Temples of Malta presents Malta’s rich prehistoric culture, a world of temples and tombs. The large, stone temples of Malta are the most ancient free-standing buildings in the world, 1,000 years older than the pyramids. In this exhibition, archaeological finds from burial sites and sacred places will show how much the builders, Malta’s prehistoric farmers, were capable of achieving thousands of years ago. Their great engineering skills, their rituals, their religion, and the abrupt end of their way of life are still shrouded in a veil of mystery.

Temples and a loving embrace

The exhibition pays special attention to the megalithic temples (megaliths: from the Greek megas = large, lithos = stone). A video feed from a robot camera hovering over temple models creates the illusion of visiting in person. The displays will also include parts of temple decorations, tools, decorated pottery, and jewellery. It features objects from Malta’s national collections and museums. The final object in the exhibition will be one of the smallest and perhaps the most relevant to the present day: a two-centimetre-high sculpture from 3200 BC. Found at Tarxien Temples, it represents two people in a loving embrace – a timeless expression of the human need for contact and affection.

Large but sometimes also remarkably small, Malta’s famous ‘fat ladies’, are found in graves and temples. They owe that name to the lush curves of their bodies. But although these figures are usually seen as women, and sometimes even as mother goddesses, recent theories tell us they may well be men or asexual persons. Three examples will be on display.

The rise and fall of an unknown culture

The group of Maltese islands lies just south of Sicily. They were first settled around 5900 BC, probably by farmers from Sicily. Because of their isolation in the Mediterranean, the islands developed their own unique and fascinating culture between 3600 and 2500 BC, with complex temple buildings (in Ġgantija, Tarxien, Ħaġar Qim, Mnajdra, Ta’ Ħaġrat and Skorba), as well as underground burial sites. The largest stone is more than six metres long and weighs over twenty tonnes. Even now, little is known about the exact role of the temples or the rituals performed there. Furthermore, after almost 1,000 years of prosperity, the ‘temple culture’ fell on harder times: temples and sculptures were deliberately damaged, broken, and burnt and for a century, the islands appear to have remained uninhabited.

Partnership and support
Temples of Malta was made by Heritage Malta and the National Museum of Archaeology in Malta, in partnership with the Rijksmuseum van Oudheden. It features objects from Malta’s national collections and museums. The exhibition is supported by the Malta Tourism Authority. 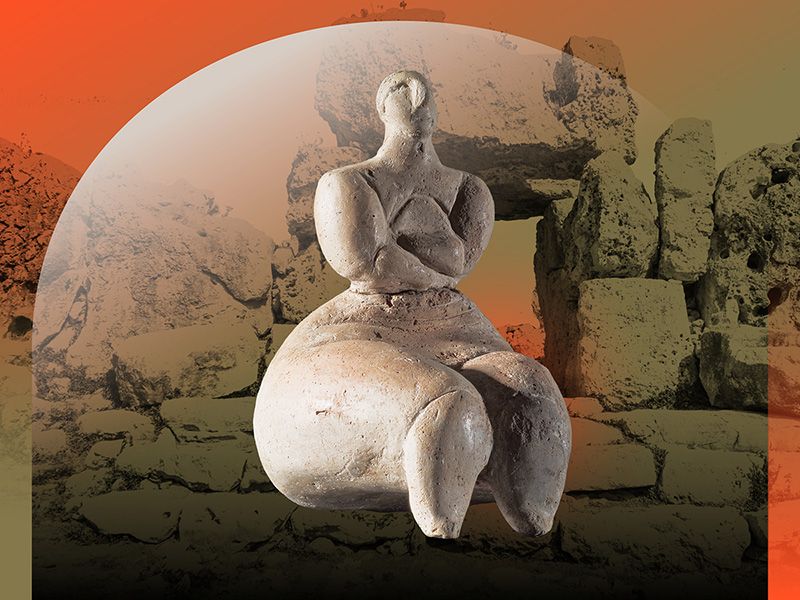