Living in a City of the Dead

Saqqara: Living in a City of the Dead is about the significance of religious traditions for people who lived in Saqqara, Egypt in ancient times. The items on display will include papyri, a bronze cat sarcophagus, and the fragment of a face from a mummy coffin.

The exhibition will focus on the museum’s excavation project at the Egyptian village of Saqqara, where the millennia-old burial ground is being examined in minute detail. Who had their tombs built in specific places, and why? How were the graves used in everyday life, and by whom? The exhibition will include diverse objects from the museum’s own collection, which will illuminate the multifarious uses of the burial ground.

Since 1975, the Dutch National Museum of Antiquities (Rijksmuseum van Oudheden) has conducted annual excavations in the Egyptian City of the Dead at Saqqara, some 30 km south of Cairo. Since 2015 the museum has been collaborating on this project with Museo Egizio in Turin. Saqqara, City of the Dead, served as a burial ground for over 3000 years. It was also a place where people came to worship their gods. To map out the long history of this burial ground and the way in which it was used, the research team used new documentation techniques, such as 3D mapping.

The Pyramid of Djoser

The burial ground was used over a protracted period: in the era of Maya and Merit (c. 1300 BC), the Pyramid of Djoser had already dominated the landscape in Saqqara for over a thousand years. Monuments of this kind also demonstrate the importance that the ancient Egyptians attached to their ancestors, as well as showing the new traditions that were introduced along the way.

This exhibition is partly funded by the Netherlands Organisation for Scientific Research (NWO), as part of the Vidi project The Walking Dead at Saqqara led by the curator Lara Weiss. With this research project, she seeks to discover how people in the New Kingdom (1539–1077) and later periods viewed the religious traditions in Saqqara, and what these traditions meant to them. 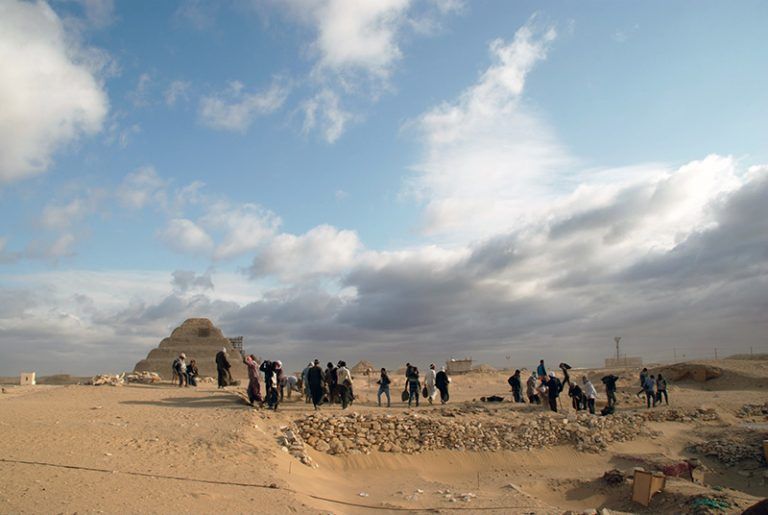 The excavation team at work at the cemetery of Saqqara, with the pyramid of Djoser in the background. 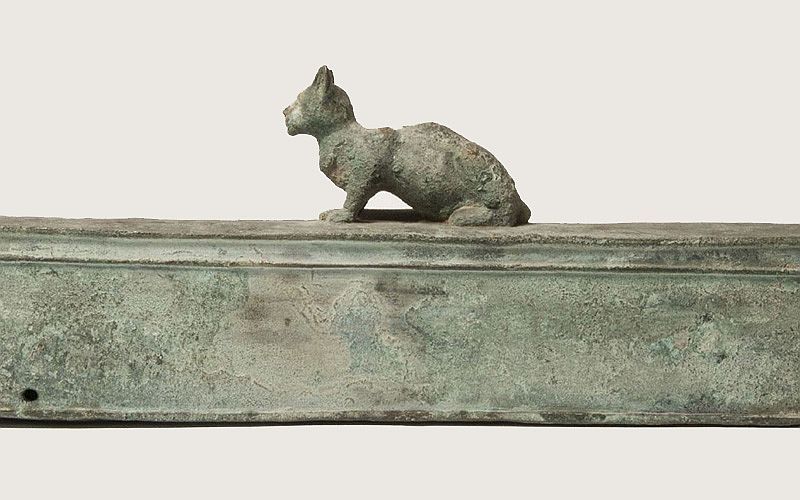 This sarcophagus was found in Saqqara and contained the remains of a mummified cat.