Rome in the 1st century

The exhibition God on Earth. Emperor Domitian examines the turbulent life of the Roman Emperor Domitian. Admire the imperial opulence and discover the Rome of the 1st century AD, with the Colosseum at the heart of the city. In this major exhibition you will see hundreds of objects from a long line of top international museums, including the J. Paul Getty Museum, the Metropolitan Museum of Art, and the Vatican and Capitoline Museums.

Domitian ruled the Roman empire from 81 AD to 96 AD. Although this period is often seen as a golden age, few people today know his name. His reputation in the ancient world was chiefly that of a tyrant and a bad emperor; an emperor so bad that he had to be erased from history.

Who was this Emperor? Almost 2000 years after Domitian’s death, the exhibition will examine his turbulent life, from his youth on Pomegranate Street in Rome, through his rise to the top and merciless fall. Superb archaeological objects, spectacular animations, films and walls filled with vistas of Domitian’s Rome will introduce visitors to this ‘forgotten emperor’ and seek to answer the question of who he really was, as a politician, military commander, lover and self-declared ‘god on earth’.

Outstanding pieces in a theatrical decor

God on Earth will bring to Leiden a rich selection of outstanding pieces from the first century AD, the heyday of the Roman Empire. These include portraits and statues of Domitian, members of the imperial family, gods and goddesses and elite funerary monuments. Fragments of frescoes from temples, villas and palaces, mosaics and gold jewellery set with precious gems attest to the luxury at the imperial court. Also on show will be everyday items such as shoes worn by Domitian’s soldiers and their writing implements. Projections and walls filled with reconstructions, some 3D, provide an impression of life in Rome during Domitian’s reign, when spectacular new buildings rose from the ground.

Builders of the Colosseum

Domitian, his father Vespasian and brother Titus formed the Flavian dynasty. During their time in power, art and literature grew and flourished. This was also a period in which several notable historical events occurred, such as the eruption of Vesuvius (79 AD), causing the destruction of Pompei and Herculaneum, and enormous fires in Rome (80 AD), which were followed by a veritable building boom in the city. Many of the new monuments erected in this time – the Colosseum, the Arch of Titus, Domitian’s Palace on the Palatine, the Circus Maximus and the remains of Domitian’s stadium, beneath Piazza Navona – can still be seen today. 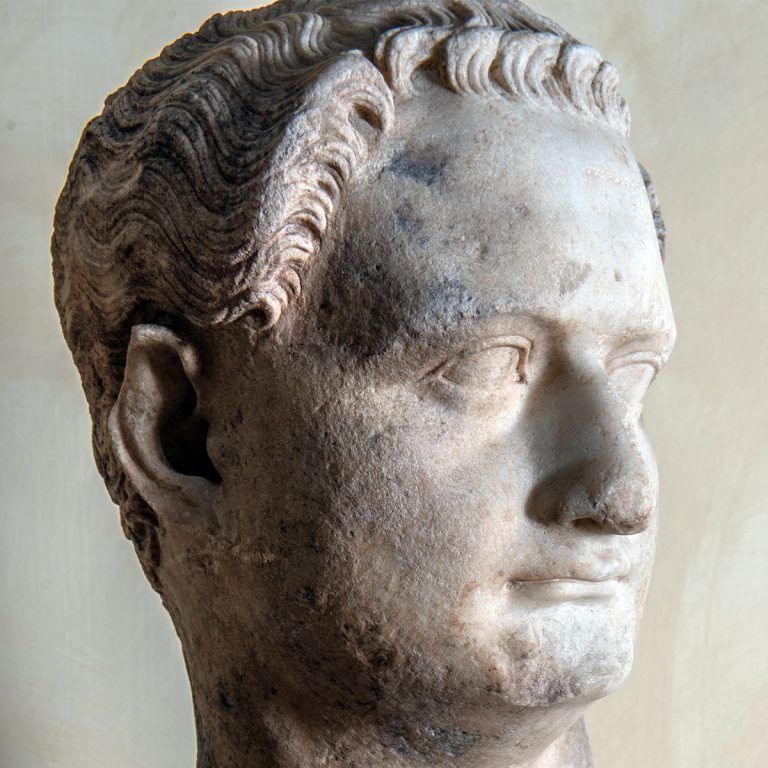 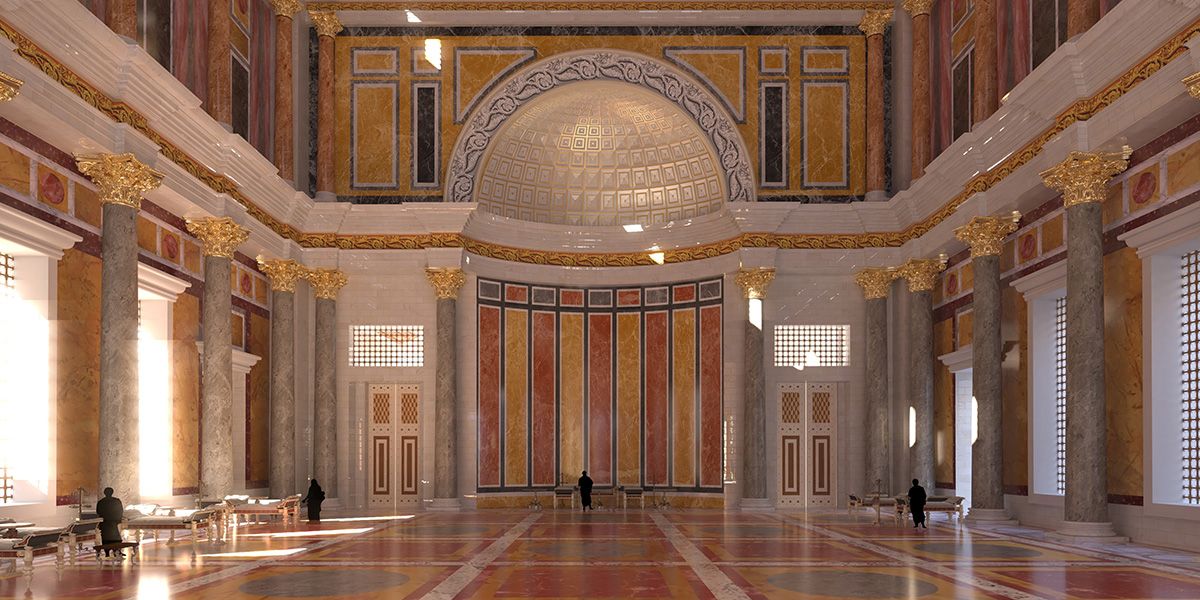 God On Earth: Emperor Domitian – the re-invention of Rome at the end of the 1st century AD

The exhibition God on Earth. Emperor Domitian is a co-production with: Sovrintendenza Capitolina ai Beni Culturali (Rome) and the Direzione Musei archeologici e storico-artistici, Museo dei Fori Imperiali, Mercati di Traiano (Rome). After Leiden, the exhibition will be on view in Rome in 2022, in the Mercati di Traiano. 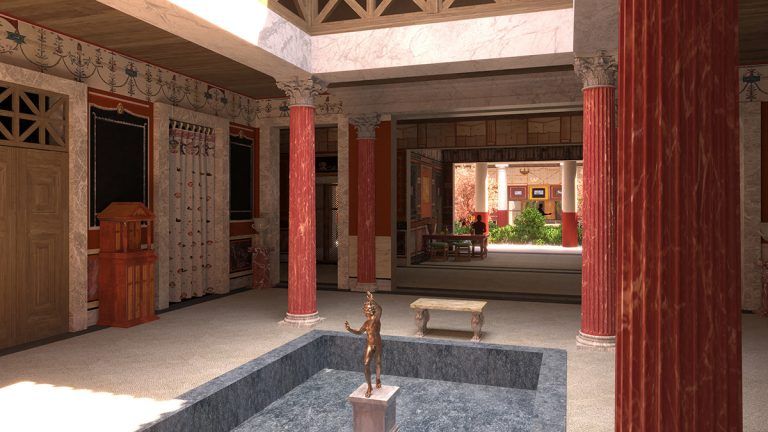 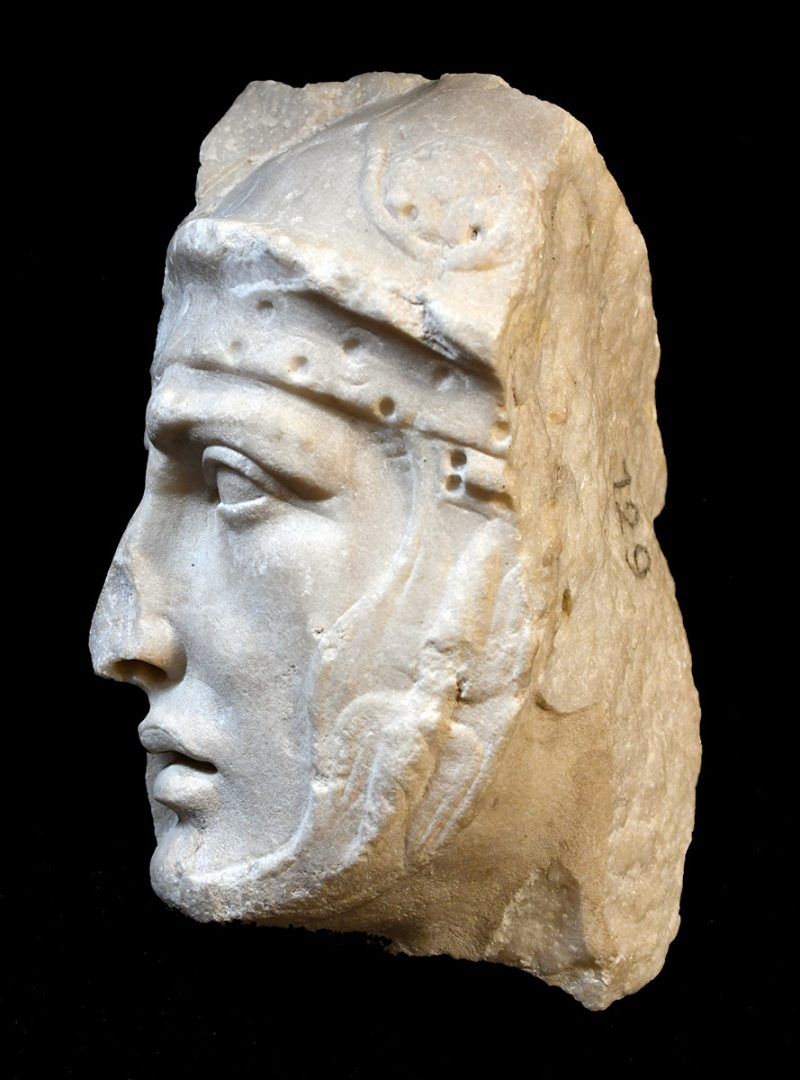