Amongst the ruins of Palmyra

In this small exhibition you’ll find a selection of paintings, drawings and gouaches that artist Theo de Feyter made amongst the ruïns of Palmyra, while travelling through Syria.

Until 2011, when the civil war broke out, Palmyra had been Syria’s most important tourist destination. Many lives were destroyed during the war, and the country’s heritage also suffered great damage. The civil war left its traces in Palmyra, too: images of the destructions by the terrorist movement Islamic State (IS) in 2015 have been viewed around the world.

With thanks to the Mondriaan Fund for funding the expeditions in 2019 and the autumn of 2021.

Theo de Feyter (b. 1947) views the world as an artist and as an archaeologist. He had always been fascinated by capturing everyday life in situ, and after completing his degree in the ‘Languages and Cultures of West Asia’ (1987), his archaeological vision was intensified further. De Feyter has been a regular traveller to Syria since the 1980s. In 2011, he saw the triumphal arch and the Bel temple in Palmyra, still intact. Since the destruction, he has returned several times: in 2017 with journalists from the NRC Handelsblad, and in 2019 on the invitation of the Syrian Directorate-General for Antiquities.

Working on location is essential for De Feyter; only in this way can he capture the atmospheric aspects, the play of the light, the sheen on the stone blocks. He sought a place to work amongst the ruins of Palmyra, surrounded by the surrealism of the civil war. He made a table out of some boxes that were lying around, dug some paper and brushes out of his crammed bag, and set to work. 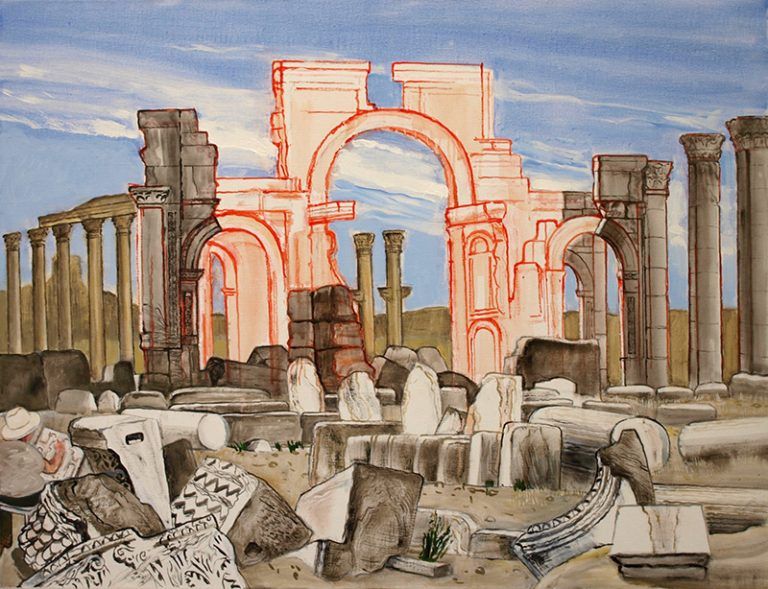 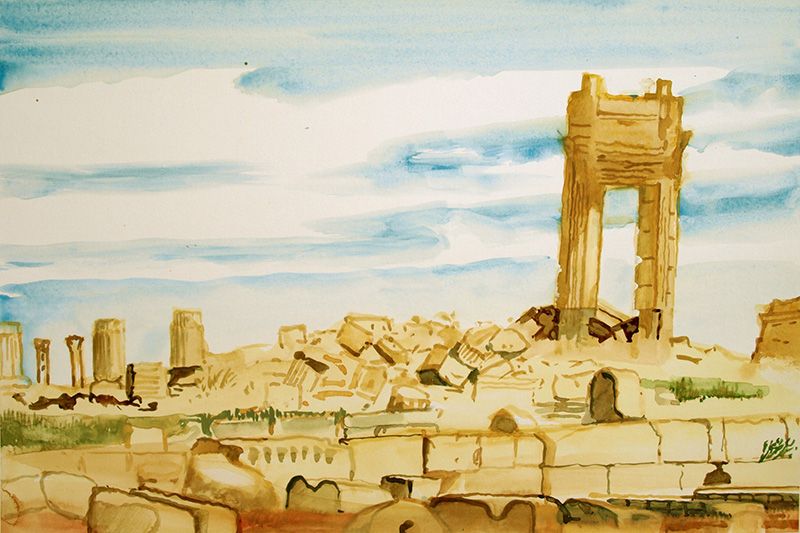