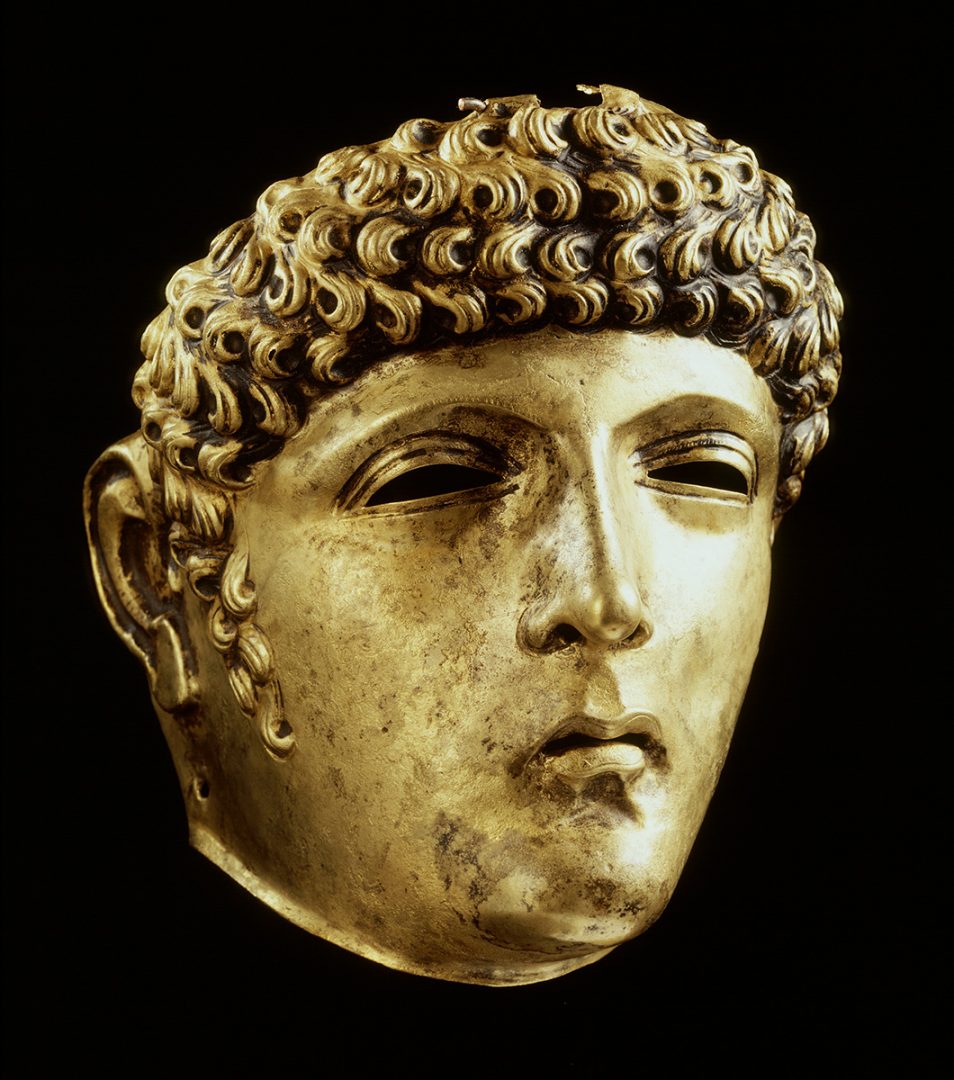 Two thousand years ago the southern half of the Netherlands belonged to the territory of the Roman Empire. This history is reflected in a number of Roman place names dating from that era, such as the Roomburg polder, near Leiden. This was the site of the Roman border fort Matilo, at the confluence of the rivers Vliet and Rhine.

Roman artefacts have been turning up in this area for centuries: inscriptions, statuettes, coins, pottery. In 1996 a spectacular discovery was made during excavation work: this beautiful mask, which had inexplicably ended up on the bed of the river Vliet. Was it lost in battle? Or offered up to the gods? And where is the rest of the helmet? This find remains cloaked in mystery.

The use of the mask

Some Roman horsemen wore masks attached to their helmets. These gave them the appearance of bronze, glittering equestrian gods at parades and tournaments. The mask also inspired terror into the enemy during battle. It was hinged and could be raised. This was an essential feature, since the temperature rose rapidly behind the bronze and the horseman would occasionally need a breath of air.