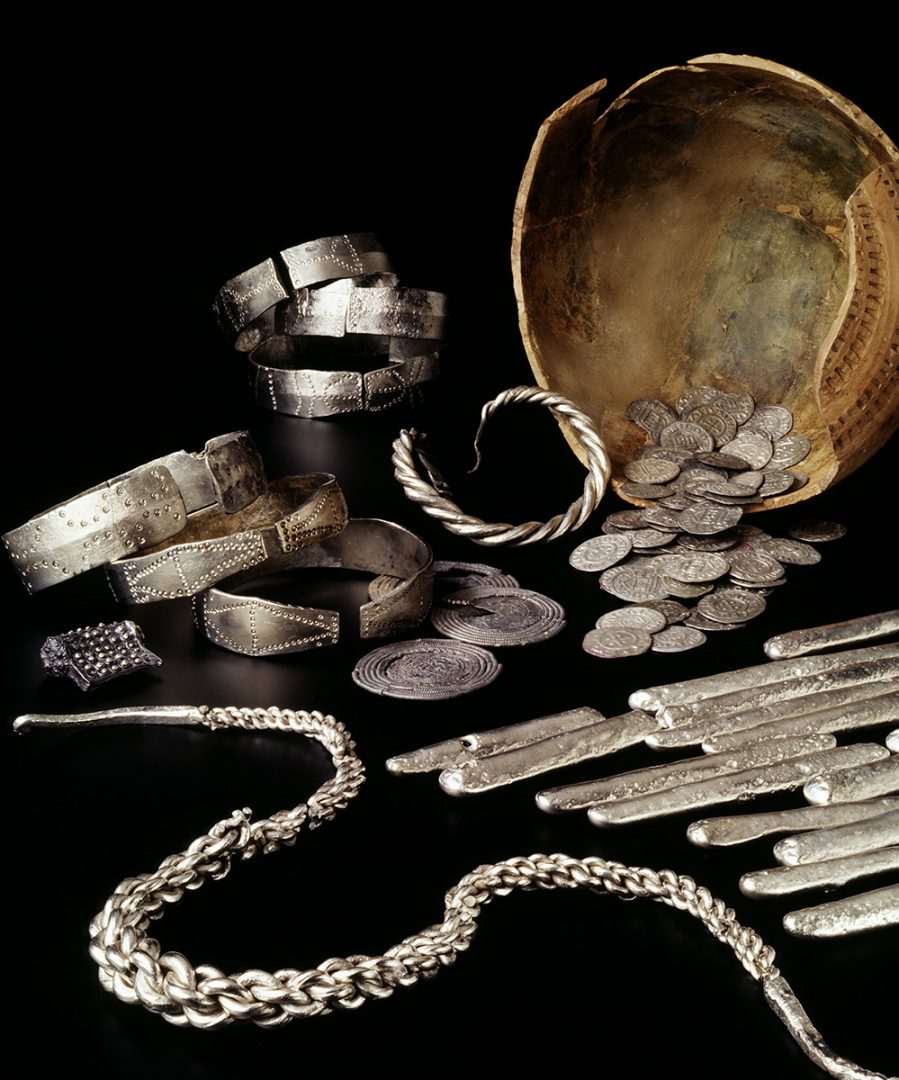 In 1996, a silver hoard was found in the Dutch village of Westerklief on the former island of Wieringen. It consisted of six silver bracelets, a necklace, and a bracelet made of intertwined silver threads, three coin ornaments, sixteen silver ingots, part of a silver belt plate, 78 silver coins, and fragments of a brooch clasp. Coins and silver were found in a small Badorf ware pot that was stuffed with grass. An analysis of the grass showed that the jar had been hidden on a spring day, in a relatively open, ungrazed meadow.

The style of this jewellery, particularly the decorations on the bracelets and the twisted necklace, indicates that it was made in Denmark. In the period 840–885 AD, the Dutch coastal areas and Dorestad were temporarily under Danish rule. It seems that some Vikings settled here for a considerable time, something for which we had no substantial proof before the discovery of this hoard.

Two of the coins were minted in the name of Charles the Bald (r. 843–877), grandson of Charlemagne and ruler of the West Francian kingdom. The most recent coins date from around 850, meaning that the hoard must have been buried shortly afterwards. We can only guess at the reason why the Dane who hid this hoard never came back to collect it.