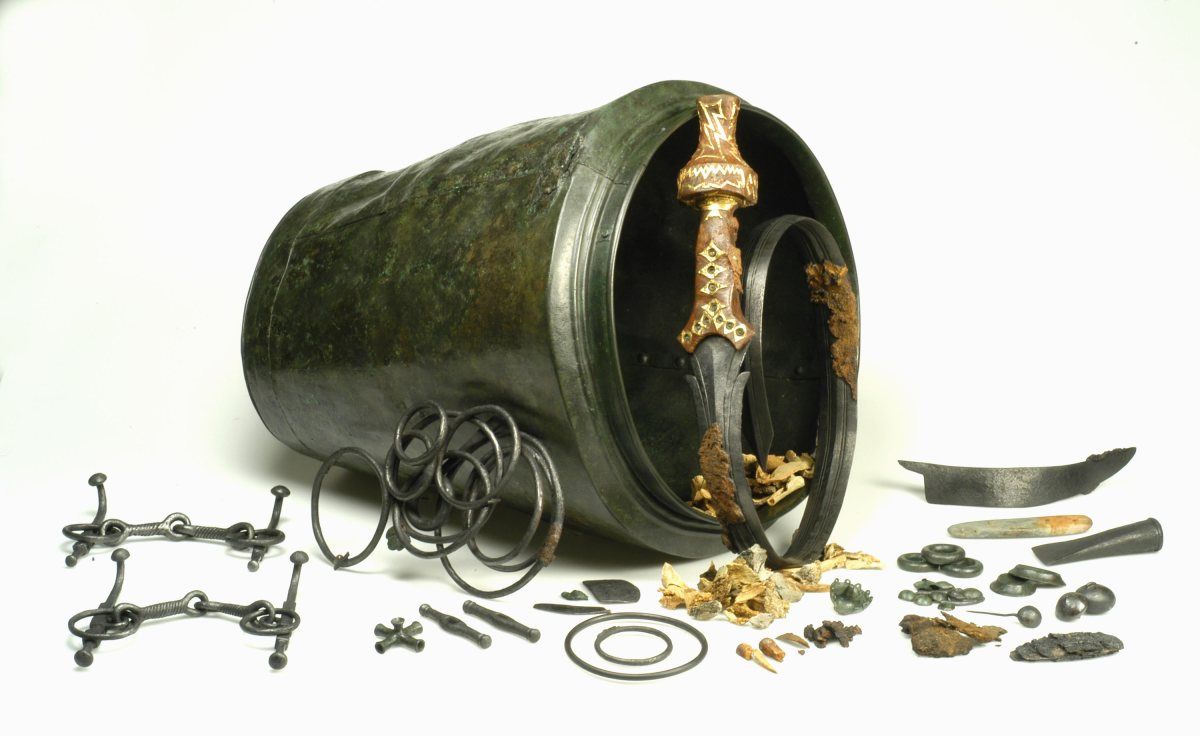 In 1933, during moorland reclamation work near the Dutch town of Oss, a bronze urn was found. It contained the cremated remains of a deceased person, a curved sword, wood, remnants of clothing, and rust-covered clumps. After the latter had been cleaned and restored, they could be recognised as metal rings, horses’ bits, knives, and a whetstone. The sword was found to be inlaid with gold.

Because the vessel, a situla, contained such precious objects, it is fair to assume that the grave belonged to someone of very high status, a regional ruler – a prince, as such a person is commonly described – from the Early Iron Age. A new round of restoration work and research in the early 1990s gave rise to fresh discoveries. From the rusted clumps emerged another two knives, three fibulae, two horses’ bits, and fragments of horse tack.

The urn once had handles, but these were broken off, reattached, and eventually replaced with a leather handle. Remnants of the handle were found beneath thin bronze plates that were once attached to the vessel. It is obvious from the skeletal remains that they belonged to a man aged forty to sixty. The vertebrae, which have been preserved, show deformities that indicate ossification of the spinal column, possibly caused by a combination of obesity and a lack of exercise.