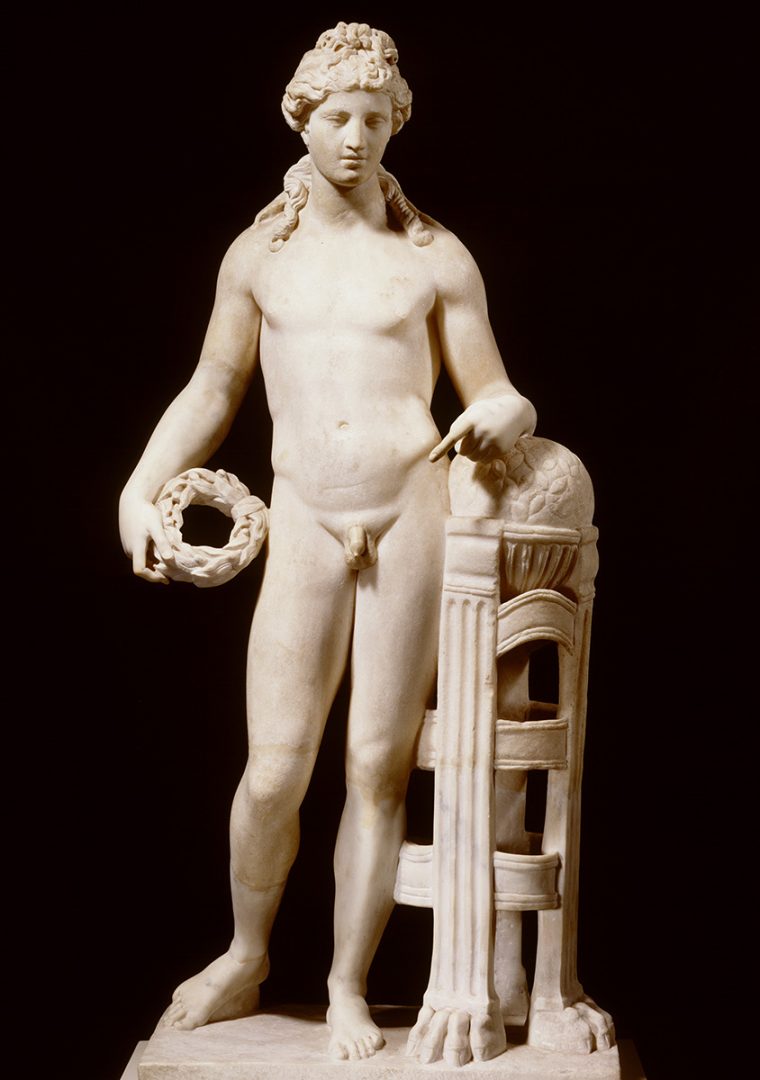 A marble statue of the god Apollo, depicted with a laurel wreath, a tripod, and a stone artefact known as an omphalos. From the fourth century BC onwards, statues of Apollo, the son of Leto and the supreme deity Zeus, embodied the ideal of perfectly-proportioned masculine beauty. Apollo was also pre-eminently the god of order: not only of sounds and tones – and as such the patron of music and poetry – but also of the law, so that he would be uncompromising in punishing violations of the law. He is also the god of the oracles, to whom people turned to seek the advice and assistance of the gods.