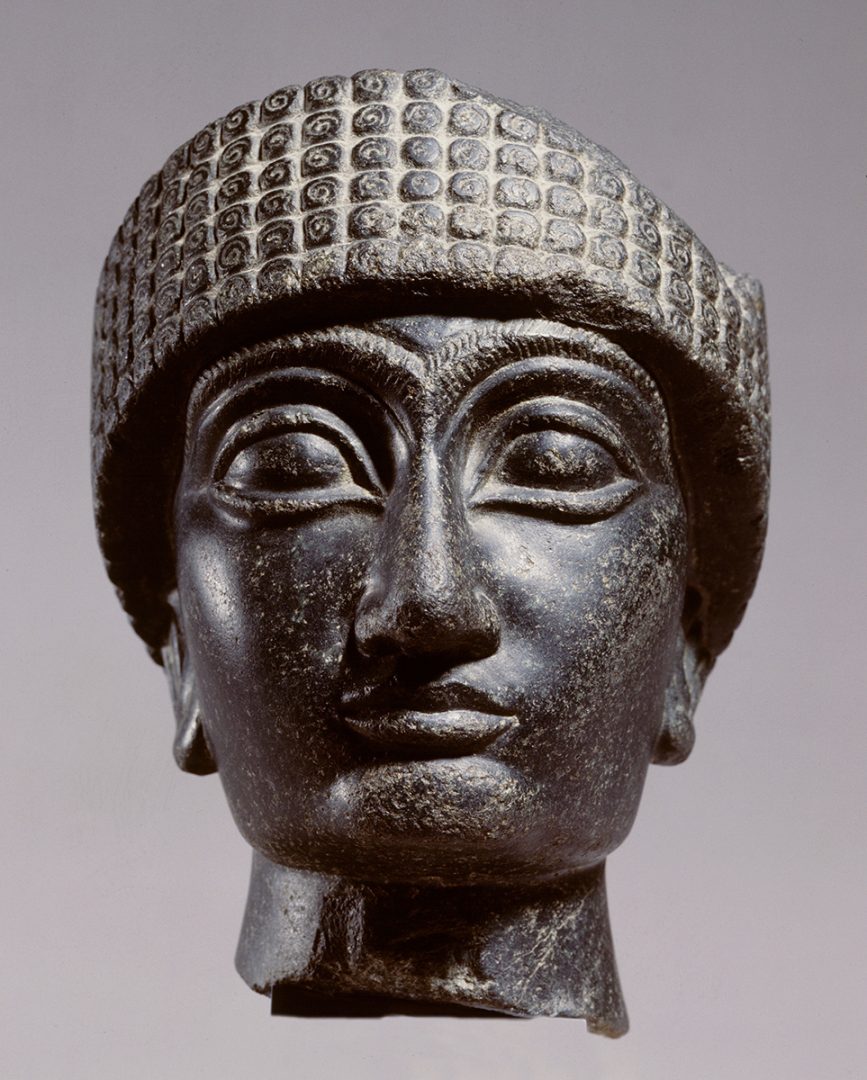 This statue is made of a hard type of stone called diorite that did not occur in Mesopotamia and had to be imported from remote territories. This telling detail reflects the great power wielded by Gudea, king of the state of Lagash. In addition to thirteen standing and seven sitting statues, some ten detached heads depicting him are known. This is one of the best-preserved examples.

Gudea was a ruler in the southern city-state of Lagash, part of the powerful empire of Akkad, which collapsed around 2200 BC as a result of the attacks by the Guti. Before then, Lagash had enjoyed a period of relative peace and prosperity. Gudea’s strong position is demonstrated by the many statues representing him that were erected in temples. This vantage point enabled him, it was believed, to constantly intercede with the gods. In his inscriptions he refers to his numerous religious duties and his constant efforts to ensure that temples were built and rebuilt.

This statuette is well-balanced and exquisitely modelled, with precise anatomical details. The large eyes with their pronounced eyelids and eyebrows are very striking. The fur cap or turban is characteristic of Gudea statues. The naturalistically-rendered head exudes calm and dignity, recalling the devout nature of the original statue of Gudea in prayer.