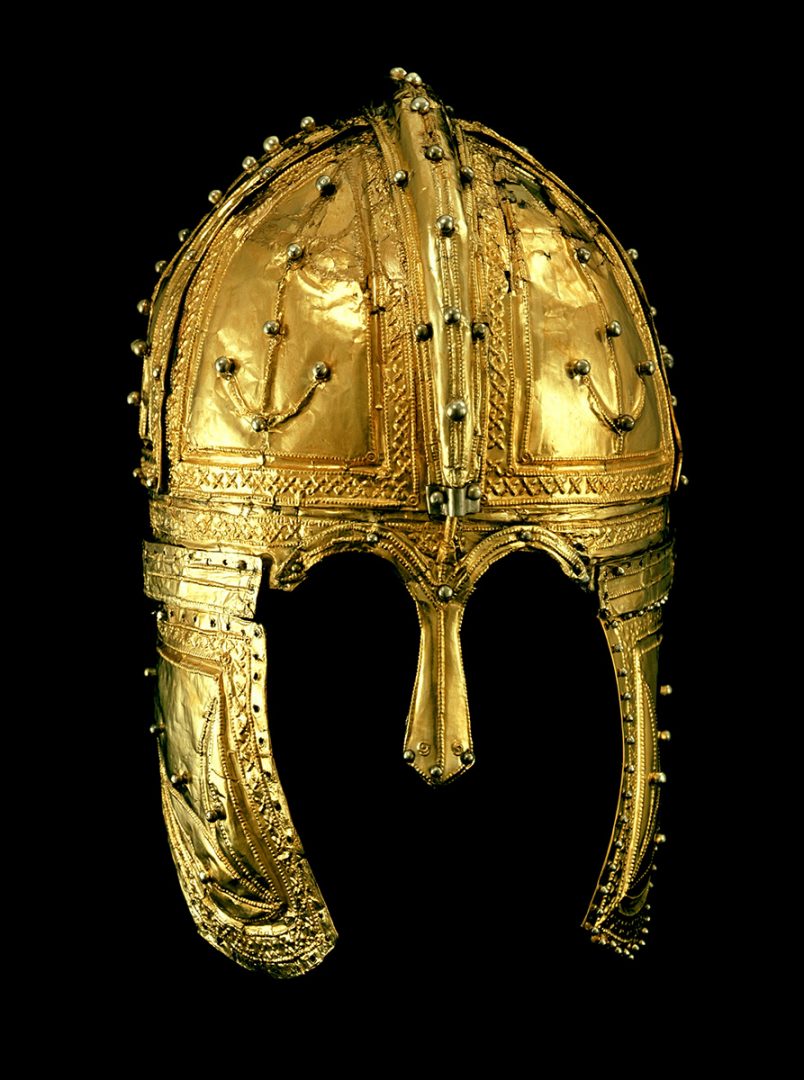 This splendid cavalry helmet was found in 1910 by peat-cutters in the Peel region, near the town of Deurne. Their other finds included a leather money pouch, 38 bronze coins, a bronze fibula, three shoes, a spur, parts of a dagger sheath, two small horse bells, and remnants of fabrics and leather. It was initially thought that a man and horse had drowned in the bog. Today, however, experts believe that the helmet was given a ritual burial after its owner had completed his military service. Since the coins were minted between 315 and 319 AD, the event may be dated exactly to the year 319 or shortly thereafter.

An inscription tells us that the helmet was made by Marcus Titus Lunamis, using nearly 370 grams of silver sheets. Its owner belonged to the sixth cavalry unit of the equites stablesiani, according to the inscription ‘Stablesia VI’ on the right of the helmet cap. The right cheek flap was missing and was replaced by a goldsmith in modern times.