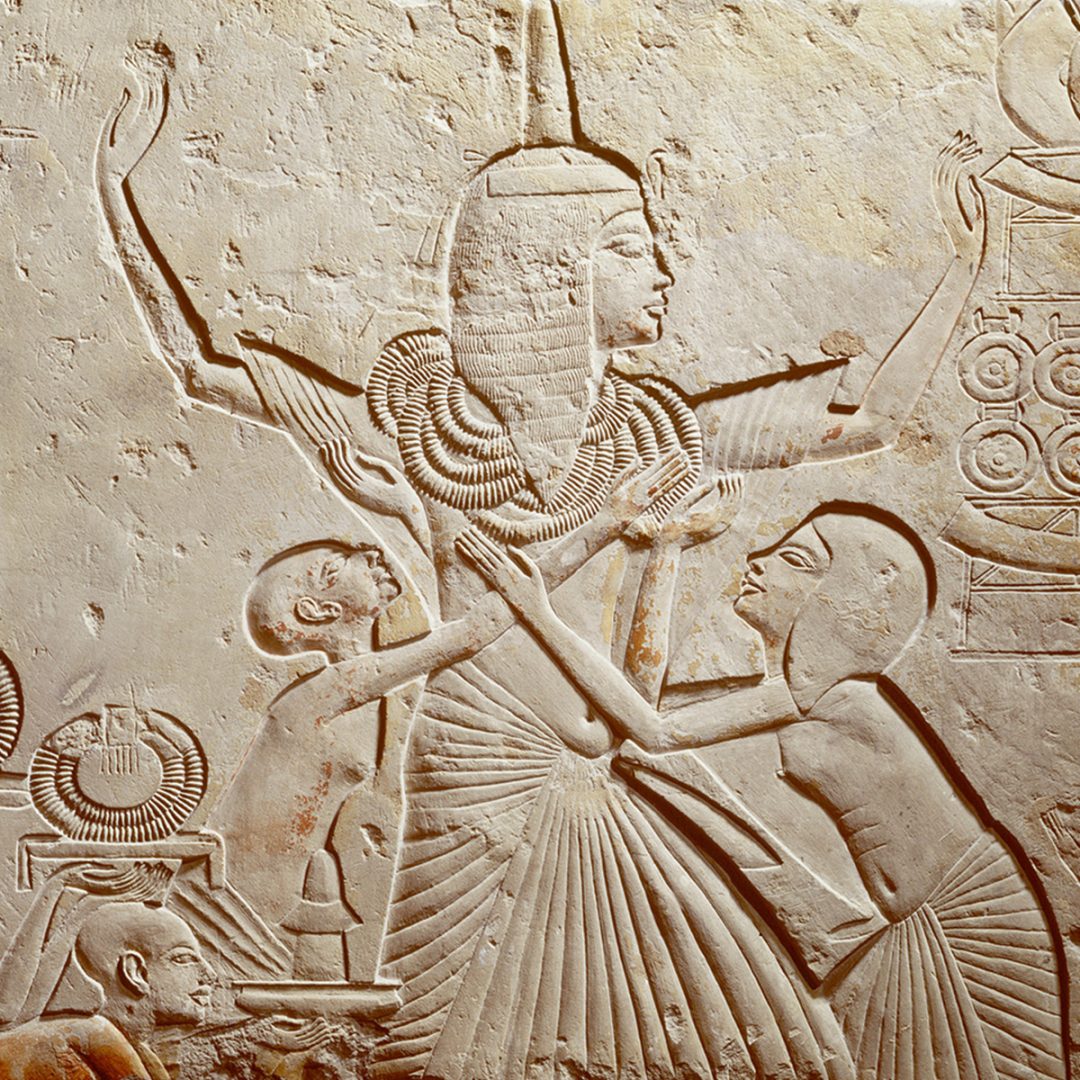 Horemheb was the supreme commander of Tutankhamun’s armies. Four years after pharaoh’s death, he himself ascended to the throne. A magnificent tomb at Saqqara dates from his period as general. The National Museum of Antiquities owns two series of wall reliefs from the second courtyard of the grave complex. Here, Horemheb is being presented with gold gorgets in gratitude for his victories on the battlefield. On the left, Egyptian soldiers are bringing in some Asian captives.

Qenna’s Book of the Dead