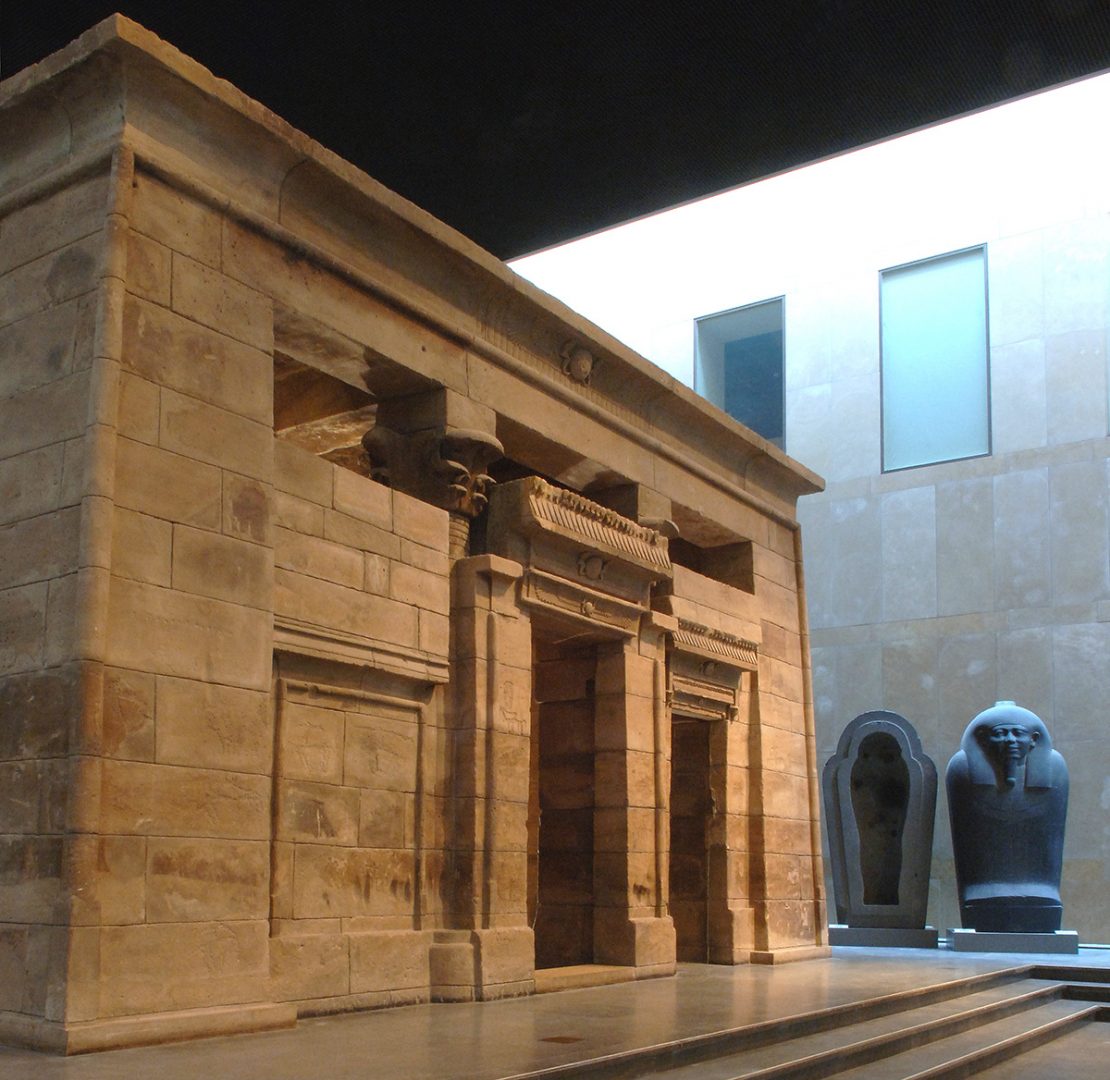 This temple once stood near the Roman fortress of Taphis (Taffeh) in Nubia. Today it occupies a prominent place in the central hall of the RMO. It was a gift from the Egyptian authorities in gratitude for the Netherlands’ part in the campaign to save the Nubian monuments near Abu Simbel, which were under threat from the building of the Aswan High Dam in the Nile. The temple was built during the reign of Emperor Augustus. At that time Egypt was part of the Roman Empire and the Egyptian gods were venerated far and wide: Osiris, his wife Isis and their son Horus were immensely popular.

The temple was built after the Roman conquest of Lower Nubia. The building blocks arrived roughly hewn from the quarries and were shaped on the building site. They were stacked without mortar or pushed into place with the aid of a clayey slush. The walls consist of twelve layers, up to and including the cornices. The stones were once white, but they have turned brownish-grey over the centuries.

The architectural style is traditional Egyptian. Alterations were made in the fourth century AD and then again in the eighth century. Six columns with capitals support the roof. The façade (which is not the original, first-century structure), is decorated with winged sun disks and cobras. From the thirteenth century onwards, the Nubians used the temple mainly as accommodation for humans and animals.