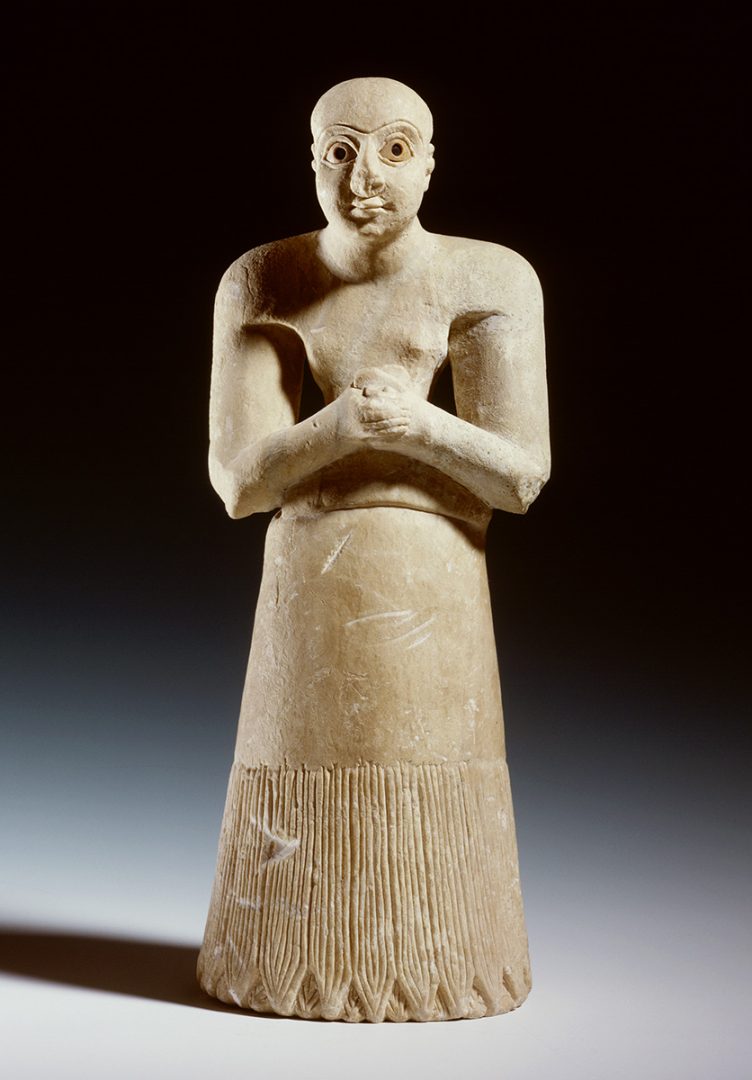 This limestone statuette represents a man, possibly a priest, in prayer. His head is shaven and his torso is nude. He folds his hands before his chest; his open right hand encloses his clenched left fist, with his right thumb behind the left. It is a gesture of prayer that was typical of the time.

The man wears a long skirt, reaching to his ankles. Its upper section is smooth, while the lower part consists of two fringed layers, each tapering to a point. This may possibly be a stylised rendering of a woolly sheepskin. Alternatively, it may be intended to depict a specific type of weaving.

The facial features are very expressive, the large eyes being especially striking. The latter are characteristic of early Sumerian sculpture. They are inlaid with shell fragments or tiny pieces of ostrich eggshell. The pupil consists of a drilled hole, which was originally filled in. The inlays constituting the eyes and eyebrows were attached with bitumen (natural tar), which was used in ancient Mesopotamia as an adhesive and a filler. The principal bitumen pits are still in use to this day. They are located along the Euphrates, in the vicinity of the town of Hit, some 150 km northwest of Baghdad.