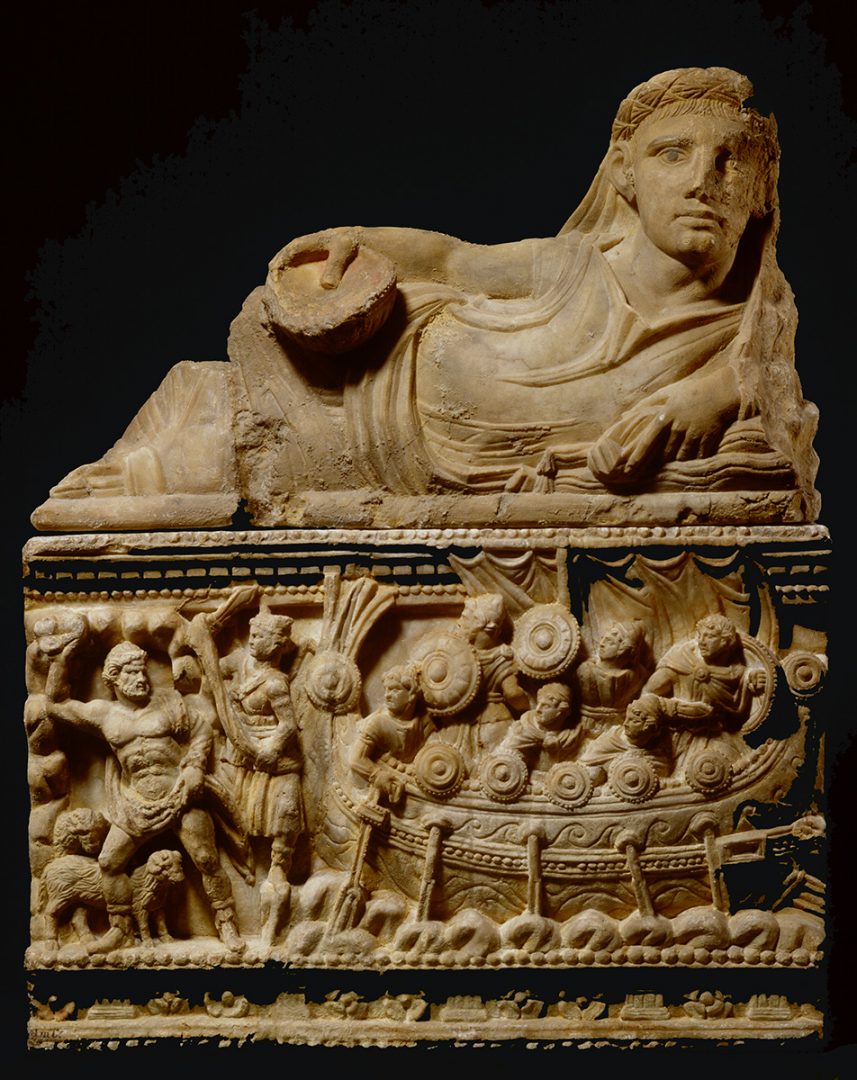 This cinerary urn, one of the finest pieces in the collection, is decorated with a scene depicting Odysseus and his companions taking flight from the Cyclops Polyphemus. The casket arrived in Leiden in 1826, together with five others. They had been acquired by Colonel J.E. Humbert and were the first monuments of this kind to be acquired in the Netherlands.

Between the third and first century BC, cinerary urns were manufactured in Volterra from alabaster and tuff. Alabaster was mined in the vicinity and processed in local workshops. The scenes were inspired by Greek mythology, with the addition of elements from local culture. The figures on the lids were filled in with plaster and then painted and embellished with gold leaf. Because of the corrosive humidity in the subterranean burial vaults, most of the colours have been lost.

A striking feature is the emphasis on the head of the deceased. These portraits were mass-produced and depict types rather than individuals. The figure is shown reclining at the funerary meal, leaning on his left arm. In the picture we see the Cyclops – depicted with two eyes in the Etruscan version – throwing stones at the fleeing Odysseus, who, together with his crew, is being protected by the Etruscan female demon Vanth.