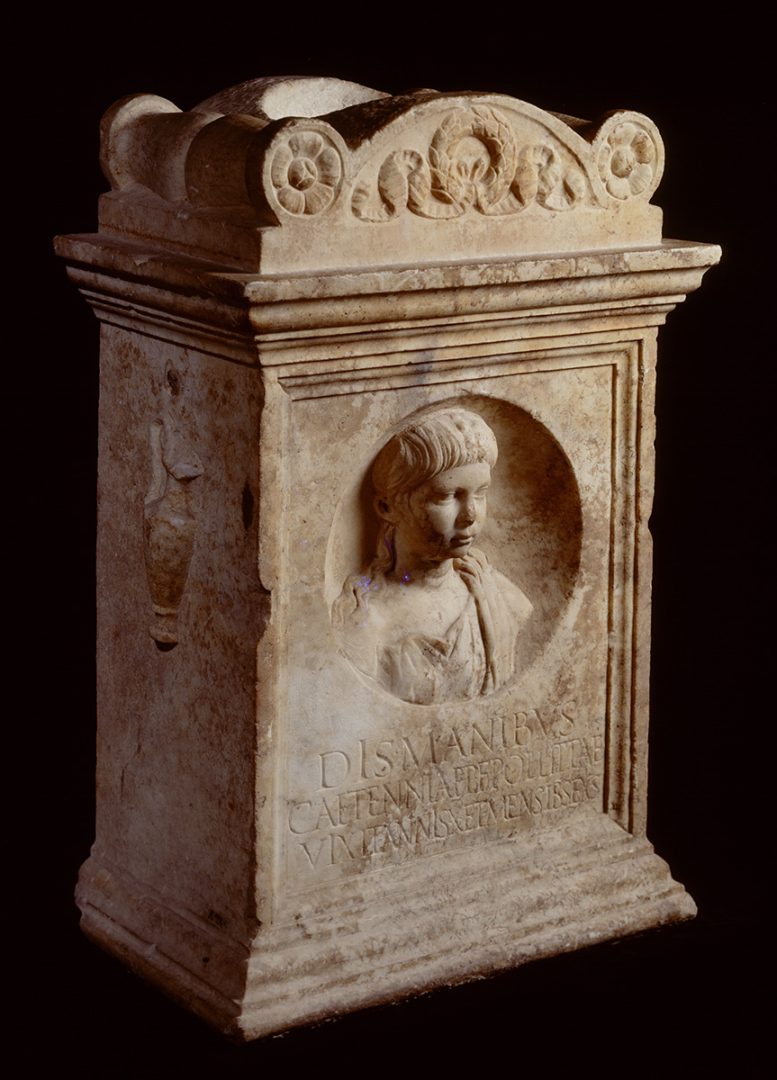 The altar for the Roman girl Caetennia Pollitta, who died very young, is one of the most moving funerary monuments in the RMO. Caetennia, daughter of Publius, died at the early age of ten years and six months, as we can read in the inscription. Her exquisite little face is beautifully rendered. The monument, a memorial stone, was installed in the family vault. Her relatives regularly visited this vault to pour libations for their deceased family members.

The altar has the shape of a rectangular stone (cippus). It is crowned on both sides with pillow-shaped decorations featuring a scroll embellished with rosettes and a wreath festooned with ribbons. The hollow bowl on top could be used for pouring libations of wine or other liquids, for which cups and dishes were used. These are depicted on the two narrow sides of the altar: namely, a libation dish (patera) and a jug, elaborated in relief.

The girl is portrayed in high relief in a medallion-shaped niche. The girl’s soft features are very striking: a small nose, delicate lips, and dreamy eyes. In her hair she wears a piece of jewellery. The altar was found during the construction of a number of houses behind the public baths of the Roman emperor Caracalla.