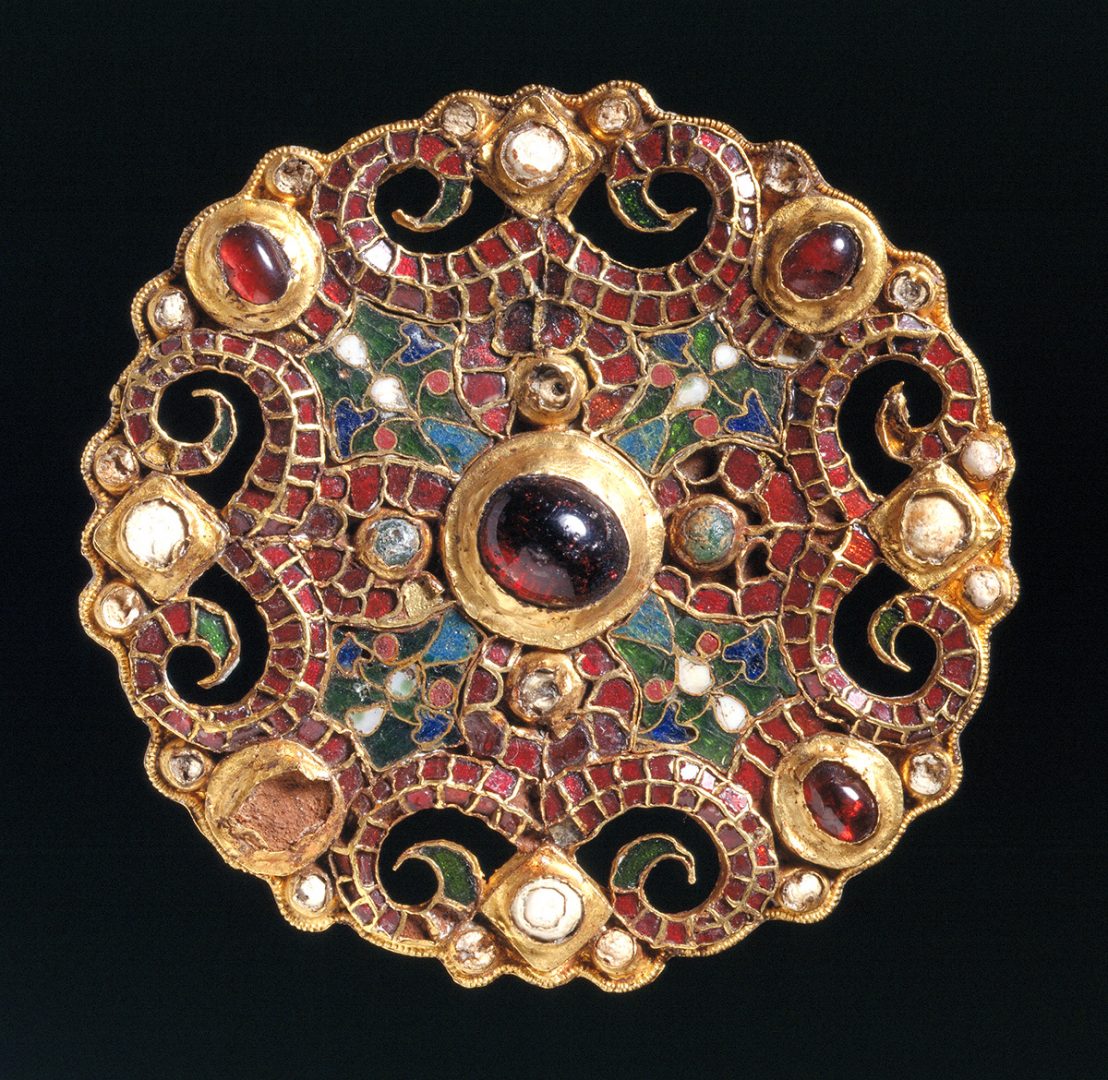 On 18 July 1969, during archaeological research in the Dutch town of Wijk bij Duurstede, this magnificent gilded brooch was found at the bottom of a well. We can deduce that it ended up there around 850 AD, in the declining years of Dorestad, when the town was under repeated assault from Viking raids. Comparison with other Carolingian metalwork reveals that the brooch was made around 800 AD, probably in a Swiss or Burgundian workshop.

The brooch is richly decorated. We are particularly struck by the cloisonné work: little gold cells inlaid with flat pieces of a coloured material, in most cases polished glass. We see a highly stylised tree with leaves and fruit executed in red, white, green and blue glass and enamel. In the middle is a large polished almandine in a gold fitting, and there are four smaller almandines around the rim.

The rim of the brooch is decorated with pearls – four relatively large and sixteen smaller ones – and with stylised bird heads, executed in openwork. Among the decorations we can make out several Christian symbols, including two intersecting crosses and stylised fruit-laden trees, possibly trees of life. The town of Dorestad played an important part in the dissemination of Christianity. This brooch was probably worn by a member of the town’s elite. An alternative theory is that it belonged to the treasury of a church.