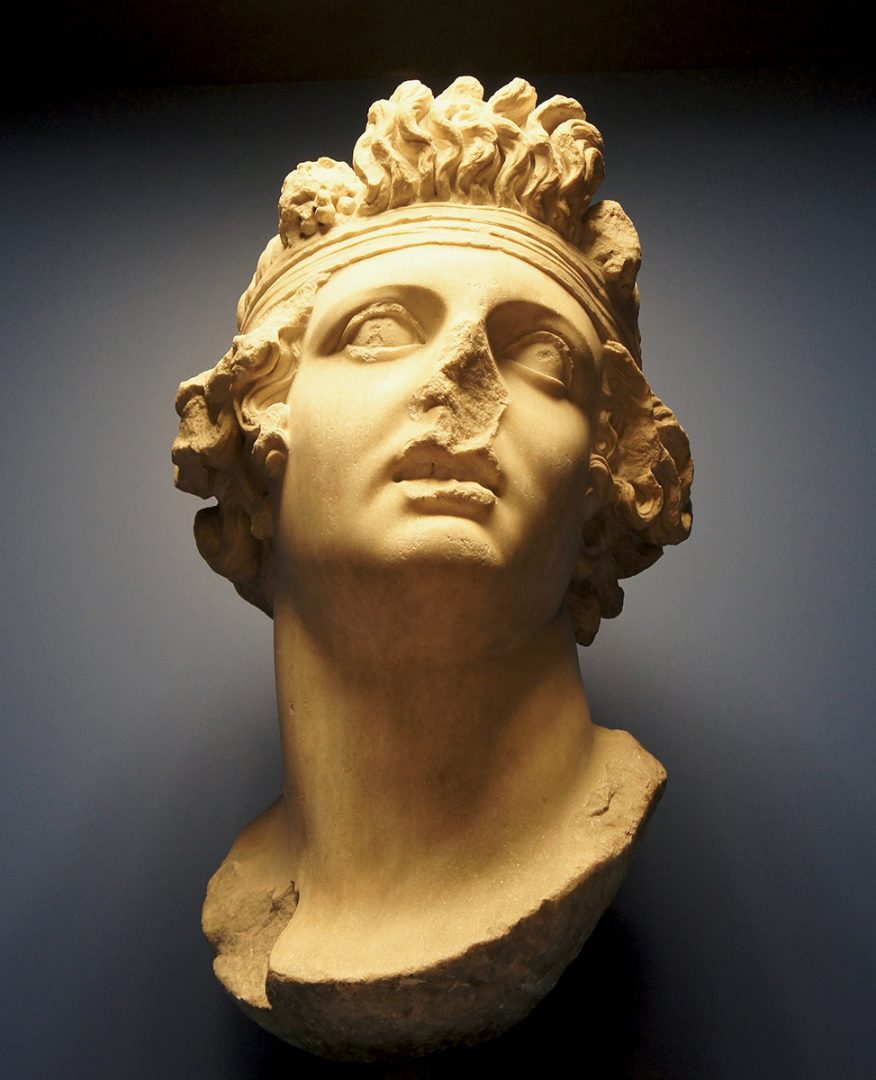 This damaged head representing Dionysos, the god of wine, originates from the surroundings of Smyrna, present-day Izmir. In the more northerly city of Pergamon (present-day Bergama), in the early second century BC, sculptors created a monumental altar dedicated to the supreme deity Zeus. The altar, which represents the battle between the gods and the giants, is now on view in the Pergamon Museum in Berlin.

The head of Dionysos

The head in the Rijksmuseum van Oudheden (National Museum of Antiquities) depicts Dionysos as a young, beardless god. His facial expression is ecstatic. His curly hair is held in place with a fillet. Beneath it, beside his right temple, a bunch of grapes is depicted. To the Greeks, Dionysos was the god of wine, intoxication, and ecstasy. The Romans knew him as Bacchus.

Sculptures from the Pergamon School are characterised by large, muscular figures. The figures contain a wealth of detail and convey a sense of movement. In this Hellenistic period, sculptors sought to express deep emotions such as pain and even the agony of death. Dionysos was venerated at various festivals.