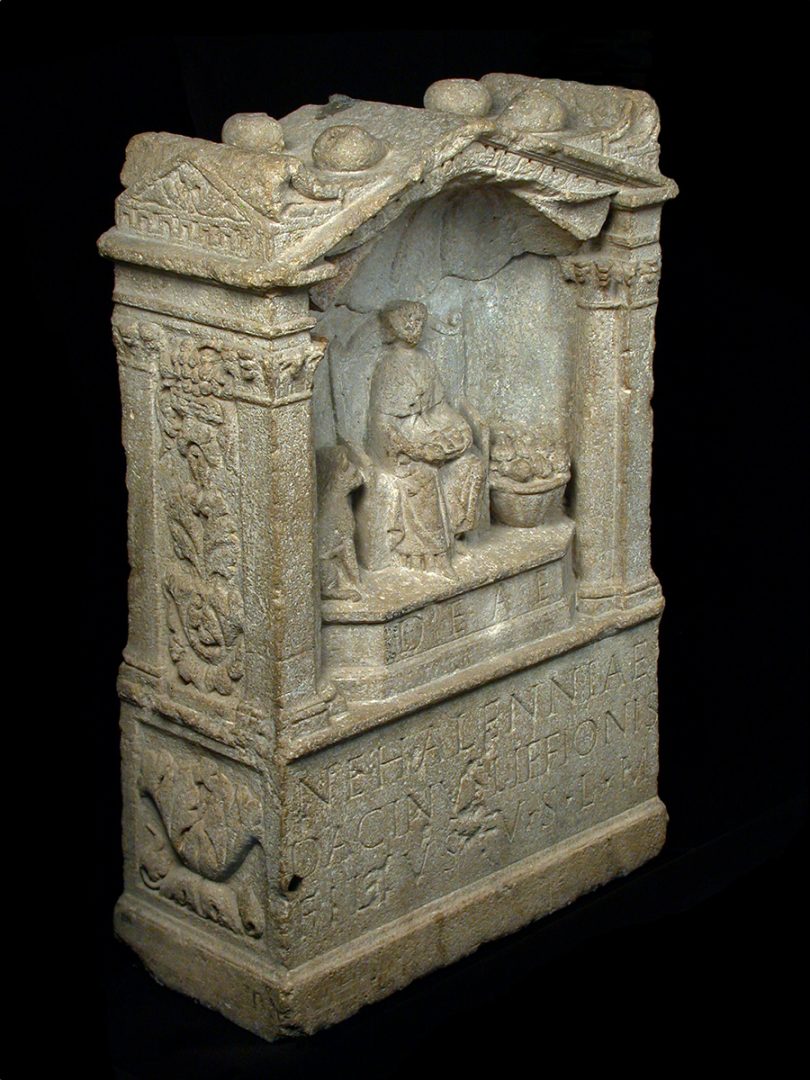 A severe storm on 5 January 1647 brought to the surface dozens of stone monuments, dedicated to the goddess Nehalennia, on the beach of the town of Domburg. Over three centuries later, the goddess unexpectedly surfaced again. On 14 April 1970, the fisherman Kees Bout discovered four large pieces of stone in his nets while fishing in the Oosterschelde, near Colijnsplaat. Scientific examination revealed them to be parts of altars dedicated to Nehalennia. Some 200 altars were eventually excavated.

Patroness of hearth and home

These altars were probably submerged by the sea as early as the third century AD. The fragments embedded in the clay soil have been preserved intact. Nehalennia was initially revered as a fertility goddess. She was also the patroness of hearth and home, of which the dog was a symbol. In addition, she was the patroness of seafarers, and as such was often depicted with a ship’s helm.