Petra Hogenboom (1987) studied Egyptology at Leiden University, where she focussed her studies mainly on the various languages and scripts of ancient Egypt. She is specialised in Egyptian papyrology and studies various types of manuscripts, such as papyri and ostraca (inscribed potsherds and pieces of stone). In recent years she has dedicated her research is primarily focussed on hieratic, abnormal hieratic and demotic texts. Sinds 2017 she is not only working at the RMO, but also works on her PhD-project entitled The origin of and the relationship between abnormal hieratic and early demotic. This research project focusses on the orgin and development of and relationshp between the two cursive administrative scripts from the early Late Period, in which not only the writing systems themselves play a big role, but so do the political and socioeconomic development of the Third Intermediate Period and early Late Period (ca. 1070-525 BCE). 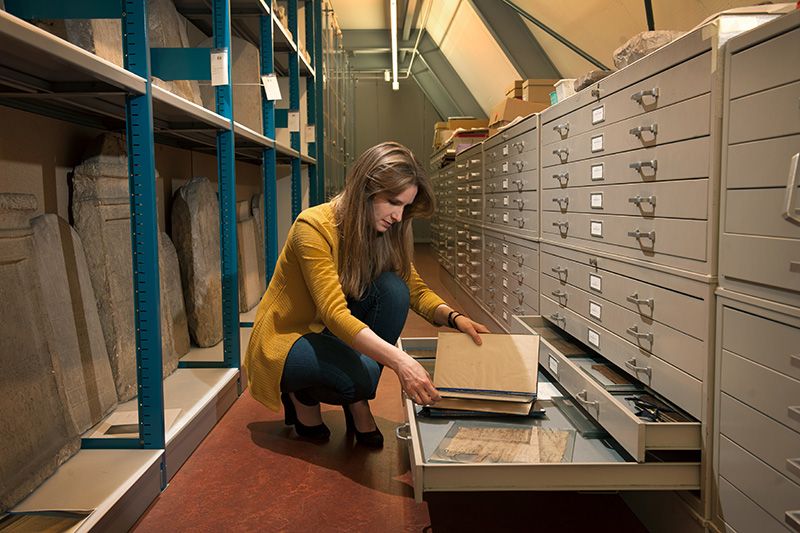