The three-metre mummified Egyptian ‘giant crocodile’, one of the finest animal mummies in the National Museum of Antiquities, turns out to be literally filled with surprises. Examination of detailed new 3D CT scans has led to the conclusion that, besides the two crocodiles previously detected inside the wrappings, the mummy contains dozens of individually wrapped baby crocodiles. 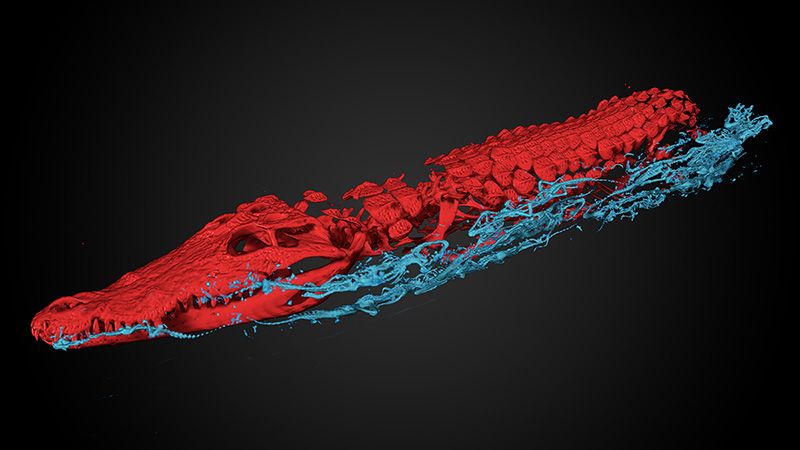 This is an extraordinary discovery: there are only a few known crocodile mummies of this kind anywhere in the world. Museum visitors can perform an interactive virtual autopsy on the crocodile mummy and the mummy of an Egyptian priest. On a large touch screen, they can examine the mummies layer by layer, learning about their age, physical features, and the mummification process. The amulets placed inside the linen wrappings with the mummies can also be examined in detail and from all sides in 3D.

A new scan of the large crocodile mummy was recently performed at the Academic Medical Centre (AMC) in Amsterdam. An earlier CT scan in 1996 had revealed two juvenile crocodiles inside a mummy, with the appearance of one large crocodile. The Swedish company Interspectral, which specialises in high-tech interactive 3D visualisations, converted the results of the new scan into a spectacular 3D application that revealed the dozens of baby crocodiles.

A reference to new life after death?

The museum’s Egyptologists suspect that the crocodiles of different ages were mummified together as a reference to the ancient Egyptian belief in rejuvenation and new life after death. Another possibility is that no large crocodiles were available at a time when they were needed as offerings to the gods. The mummy was arranged to resemble one large crocodile with the aid of various kinds of stuffing: bits of wood, wads of linen, plant stems, and rope. The ancient Egyptians mummified all sorts of animals, usually to pay homage to a particular deity that could take on the appearance of an animal. For instance, crocodiles were offered to the god Sobek.

Museums curators excited about the find

The museum’s curators are excited about this remarkable find: ‘What was initially intended as a tool for museum visitors has led to new scientific insights. When we started work on this project, we weren’t really expecting any new discoveries. After all, the mummy had already been scanned. When we detected so many baby crocodiles, using high-tech 3D scans and this interactive visualisation, we were astonished.’ 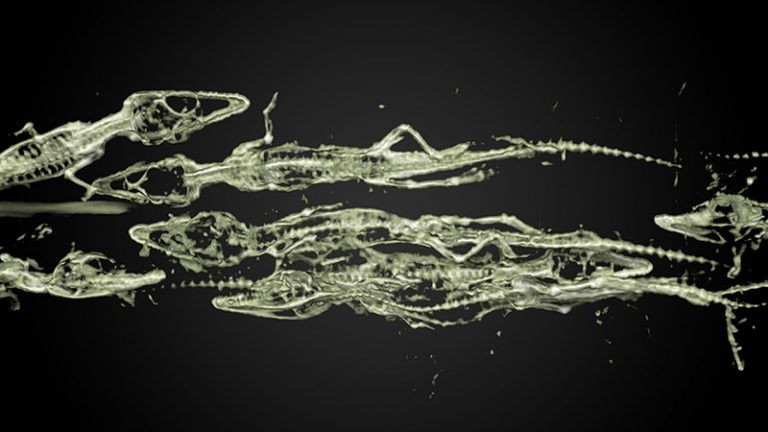 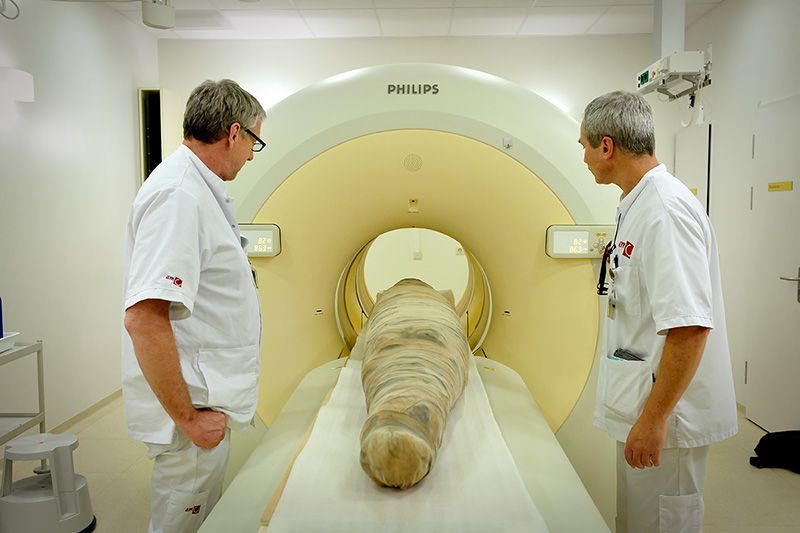