Ruurd Halbertsma (b. 1958) studied Classical Languages, Ancient History, and Classical Archaeology at the University of Leiden. He performed fieldwork in Italy and led excursions to Greece, Turkey, Italy and Tunisia. As a student he had become interested in the history of archaeological collecting in Europe and the Netherlands’ specific role in it. This interest culminated in a PhD thesis on the origin of the 19th-century collections of Punic, Etruscan, and Egyptian art in the Netherlands: ‘Le solitaire des ruines: the archaeological journeys of Jean Emile Humbert (1771–1839) in the service of the Kingdom of the Netherlands’ (Leiden, 1995). He has published articles and monographs, and has lectured on topics in his field of interest at universities in Copenhagen and Paris, as well as at the American universities of Yale and Harvard.

Apart from his curatorial tasks at the museum Ruurd Halbertsma was attached to the Faculty of Archaeology as an endowed professor between 2010 and 2018. Currently he teaches Classical Archaeology at the Leiden University Centre for the Arts in Society (LUCAS) for students in Classical Languages and Art History.

In 2015 and 2018 Halbertsma organised international congresses and seminars on the vase collection of Lucien Bonaparte (1775-1840) and the archaeological travels of the Flemish Colonel Bernard Rottiers (1771-1857, together with the University of Ghent). His exhibitions are currently focused on the interaction between ancient cultures in the Mediterranean basin, their mutual contacts and confrontations. A good example was the exhibition Cyprus – A Dynamic Island (2019-2020). He is preparing the project The Bay of Naples – Crucible of Cultures, which will open in 2024.

The 19th century as the cradle of modern archaeology: the history of Dutch archaeology is largely the history of the National Museum of Antiquities for the entire 19th century. An attempt is made to present an overview of the most significant developments in this period that led to the accumulation of large archaeological collections and that generated ideas concerning the ideal way in which to display collections relating to antiquity. 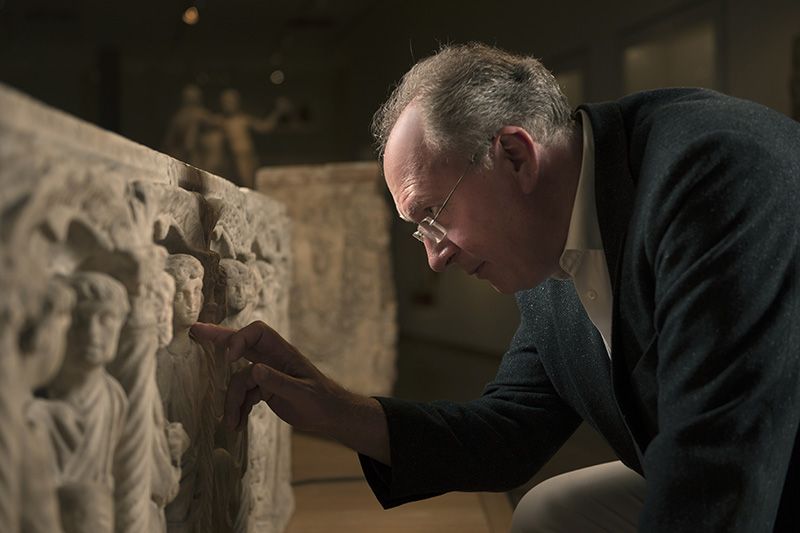