Luc Amkreutz (b. 1978) studied Prehistory at the University of Leiden. In 2004 he gained his Master’s degree with a study of the earliest farmers in the Netherlands (Linearbandkeramik) and their settlements along the river Meuse. From 2004 to 2008 he was involved in the Malta Harvest project ‘From Hardinxveld to Noordhoorn – from Forager to Farmer’, which analysed the Neolithisation process in the Lower Rhine Area from a wide, multi-disciplinary perspective. As part of this project, he focused particularly on the variable quality of Mesolithic and Neolithic sites and the socio-cultural changes in small-scale communities during the transition from hunting and gathering to agriculture. In 2013 he was awarded his doctorate for his thesis Persistent Traditions: A long-term perspective on communities in the process of Neolithisation in the Lower Rhine Area (6000–2500 cal. BC).

Research and refurbishment of the permanent exhibition

Since 2008, Luc Amkreutz has also been involved in research on burial mounds, conducted at the Faculty of Archaeology in Leiden. At the end of 2010 an NWO-ODYSSEA research grant was awarded for the project ‘Back to the LBK: forgotten research into the linear bandkeramik culture’. Diverse institutions are collaborating in this project: the National Museum of Antiquities, the Cultural Heritage Agency of the Netherlands (RCE), the Faculty of Archaeology in Leiden, the commercial excavation company Archol, as well as local authorities and amateurs. The aim is to gain more insight into the settlement system of the earliest farmers in the Netherlands. At the beginning of 2011, the museum opened its new permanent exhibition Archaeology of the Netherlands, offering a fresh perspective on 300,000 years of the country’s history. While studying for his Master’s degree and PhD, Amkreutz took part in excavations and research into prehistoric sites from various periods (Palaeolithic to Metal Ages) in the Netherlands, Belgium, and France, as well as in Jordan and the Caribbean.

Relevant experience (in the field) 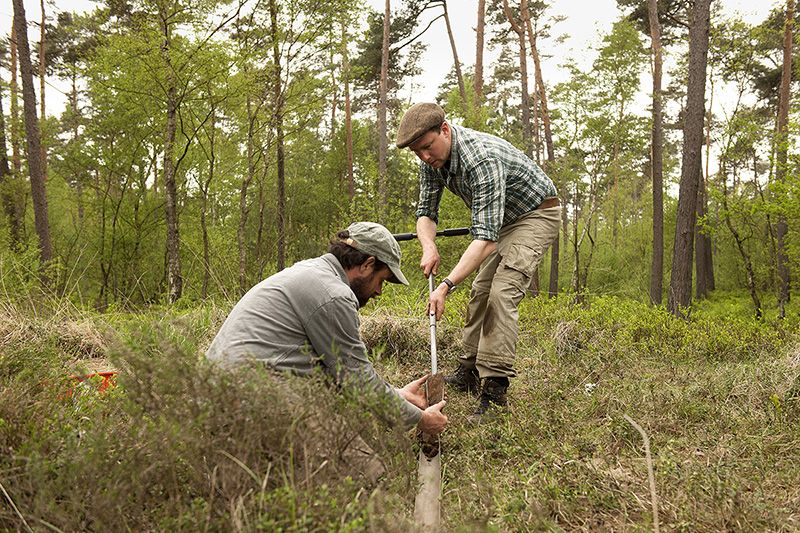 PDFs of publications by Luc Amkreutz can be downloaded from his page on Academia.edu