Lara Weiss (b. 1980) studied Egyptology in Berlin and Leiden and was awarded her doctorate in Göttingen in 2012. She takes a particular interest in the everyday lives of the ancient Egyptians and their religious experiences. Both her Master’s dissertation and her doctoral thesis relate to religion in Deir el-Medina, where the artists who decorated the royal tombs in the Valley of the Kings lived with their families. Between 2012 and 2015 she was involved as both lecturer and a researcher in the ERC Advanced Grant project ‘Lived Ancient Religion: Questioning “cults” and “polis religion”‘, hosted by the University of Erfurt (Germany). Her research for that project focused on religion in the Roman town of Karanis (in the Fayoum Oasis). Since 2014 she is Curator Egyptian Collections at the Rijksmuseum van Oudheden.

Weiss played a central role in the reorganisation of the display of the Egyptian collection at the Rijksmuseum van Oudheden in 2016 and is involved in the various international touring exhibitions. Furthermore, since 2018 she is one of the field directors of the Leiden-Turin Expedition to Saqqara together with Dr. Christian Greco. In 2017 she was awarded a prestigious grant from the Dutch Research Council to lead her own project at Leiden University. 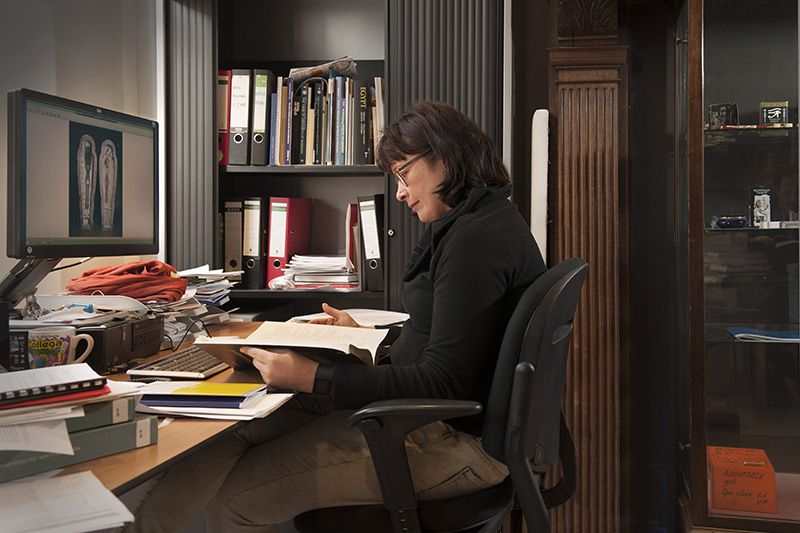 You can download PDFs of Lara Weiss publications from her page at Academia.edu or the website of the research project at Leiden University.