Research on the hill of Tell Damiyah

The archaeological research at the Tell Damiyah site is directed by Dr Lucas Petit, Head of Collections and Research Department at the National Museum of Antiquities in Leiden, and Dr Zeidan Kafafi, professor of archaeology at Yarmouk University, Jordan. After preliminary research in 2004 and 2005, the present research project began in 2012. The main objective of the excavations is to reconstruct the occupational history of the site from 1400 to 500 BC.

Objective of the excavations

The main objective of the excavations is to reconstruct the occupational history of the site from 1400 to 500 BC. In this way, the team hopes to be able to explain why great powers such as Assyria and Egypt were interested in the tell [=mound] in that period. The researchers also hope to find out how the village was able to survive for around 1,000 years, despite enduring droughts and earthquakes. In addition, the excavations may illuminate the background to the Jordanian collection at the National Museum of Antiquities in Leiden, which comes from the same region. At present, little is known about this collection’s historical context.

A unique shrine from the Late Iron Age

In October and November 2014, the excavation team found a 2,700-year-old shrine: a rectangular structure measuring eight by six metres, with a platform. It is the first late Iron Age shrine to be excavated in the region. In and around the building, the team found a variety of painted terracotta figurines of horses and women. They also found scarabs and seals from Egypt and Iraq. It seems likely that the shrine was mainly used by merchants and travellers, for prayers and for making offerings. This conclusion is supported not only by the finds themselves, but also by Tell Damiyah’s location at the intersection of two major trade routes, near a crossing over the river Jordan.

A village with an Assyrian governor?

The shrine was probably at the centre of a small village. The inhabitants made textiles and also relied on agriculture, animal husbandry, and hunting. Ceramics and written evidence suggest that the village was closely tied to the powerful Neo-Assyrian Empire. It is possible that an Assyrian governor, in charge of controlling trade in the region, was based in the village. Around 700 BC, a great fire destroyed the village, including its unique shrine.

The Persian and Hellenistic periods

In the Persian and Hellenistic periods (c. 550–200 BC), Tell Damiyah was used as a storage site. The archaeologists found deep pits there, which were originally filled with livestock feed. The absence of architecture raises the possibility that the inhabitants or users were nomads. The pits also contained many objects relating to textile production, such as small spinning wheels and loom weights.

A Byzantine and Ottoman burial ground

The entire top of Tell Damiyah has been found to have been used as a burial ground in the Byzantine age and again in the Ottoman period. The many graves were the object of particularly intensive research during the 2012 and 2013 excavation campaigns. These thirty-plus graves were found to contain the skeletons of children and adults from the first millennium AD. In some graves, chains of beads were found. Others contained inlaid rings, and one body had a glass vessel beside its head. This was a truly remarkable find, since settlements from that era are uncommon in this region. 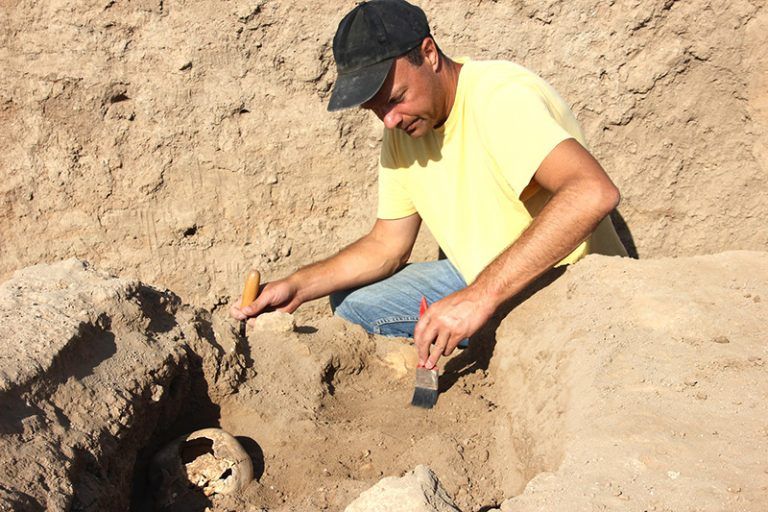 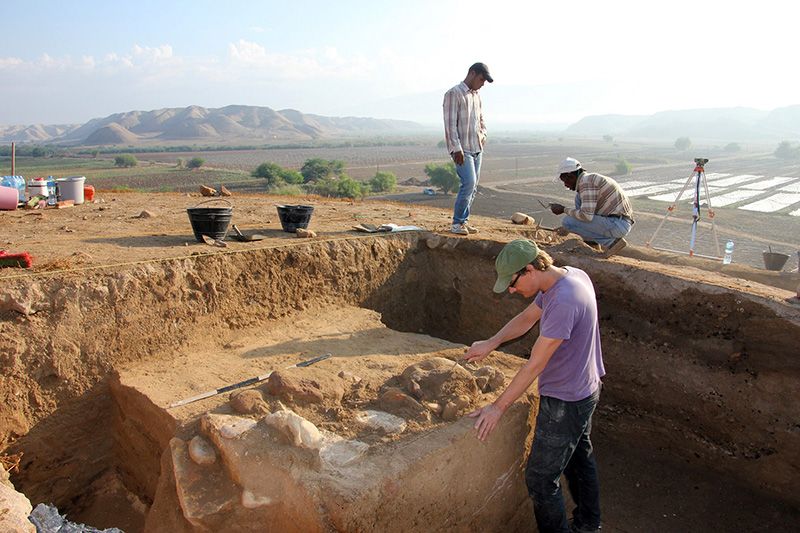 The excavation is supported by the Jordanian Department of Antiquities (Director General: Dr Monther Jamhawi). The project is funded by the Dutch National Museum of Antiquities in Leiden and Yarmouk University, Jordan. Other partners and companies that support or have supported this project are: the universities of Groningen, Delft, Leiden, and Liverpool, Cranfield Forensic Institute, the Hashemite University, the Dutch Embassy in Amman, Miniyours, and SOB Research. 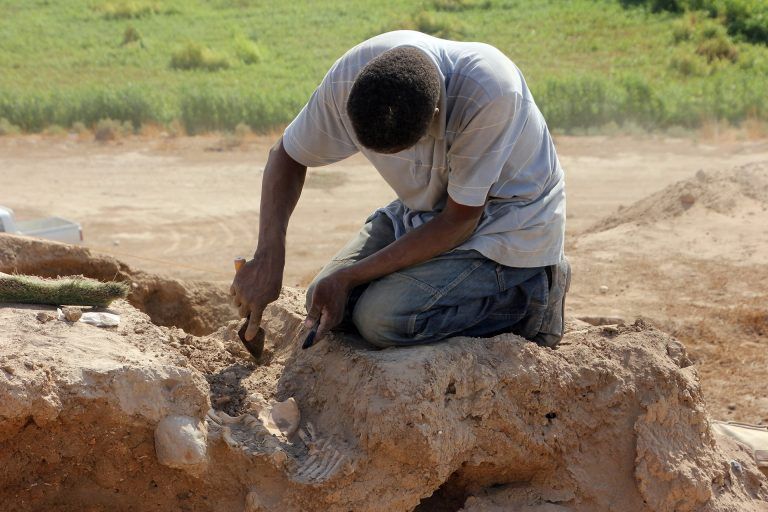 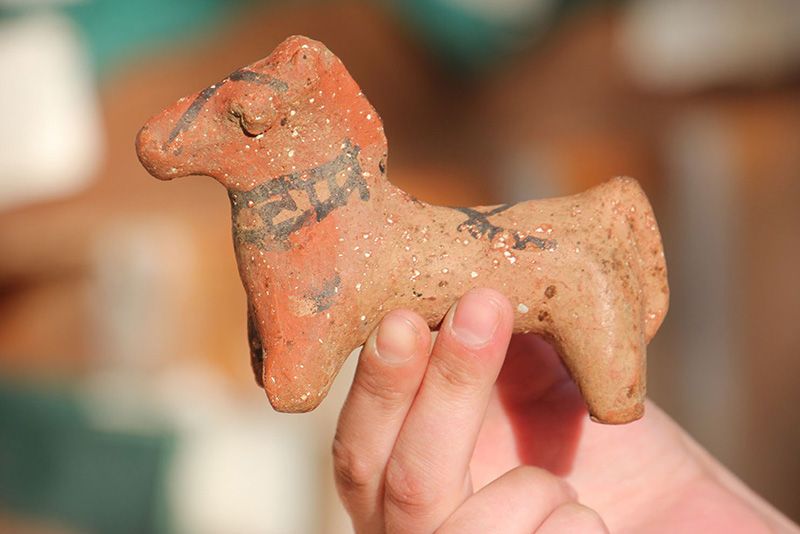