The collection of the National Museum of Antiquities was recently expanded by acquiring a donation from the National Military Museum: approximately seventy swords, spearheads, clubs and axes, thousands of years old, from ancient Iran. Besides weapons, the donated items include harnesses, armbands, necklaces, and bronze kitchenware. There are several magnificent pieces, such as a bronze pin decorated with a winged mythical creature and a shield with incised images of predators.

The objects can be dated to between 2600 and 600 BC. Most of them originate from western Iran, the rugged mountainous region of Luristan. Luristan bronzeware is famous for its fine quality and superb craftsmanship. It is often identifiable from its decorations with highly stylised animal motifs. The bronze objects were found in necropolises. The graves concerned were probably those of a nomadic people, since as yet no settlements have been found in their vicinity. The bronze harness suggests that they were horsemen.

Valuable addition to the Near East collection

These archaeological objects were collected by the Dutch National Military Museum in Soest in the 1960s and 1970s. Since they were not recent enough to be included in this museums current displays of military art since 1450, they were consigned to storage. However, they unquestionably constitute valuable additions to the ancient Near East collection of the National Museum of Antiquities. 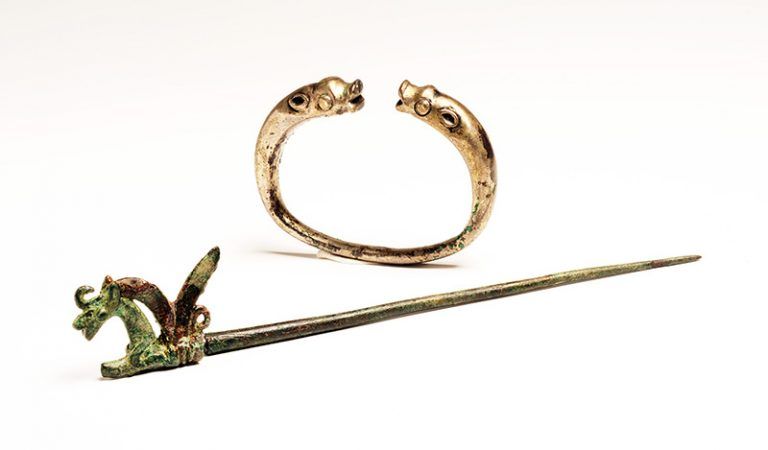 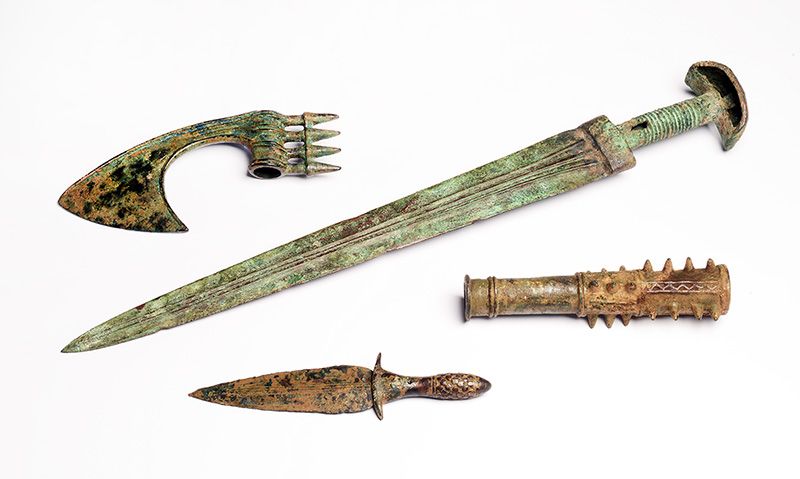