On 11 July 2019, the National Museum of Antiquities had CT scans made of an Egyptian human mummy and an animal mummy at the Academic Medical Centre (AMC) in Amsterdam. It was done in the evening hours, so as not to inconvenience any patients. The CT scans made it possible to scan the mummies digitally, ‘unpacking’ them one layer at a time, without damaging them. The human mummy was a woman from the 22nd dynasty (945–712 BC), which has belonged to the museum’s collection since 1828. Egyptian mummies often harbour surprises such as amulets concealed among the bandages. Moreover, the scans enable researchers to learn more about the mummy’s age and the cause of death.

Results to be published in the spring of 2020

The results of the CT scans are expected to be published in the spring of 2020. Around that time, the two mummies will go to Japan as part of a travelling exhibition to be prepared with part of the Egyptian collection of the National Museum of Antiquities. Visitors to this exhibition will have access to a 3D application (an ‘inside explorer’) with which to explore, using the touch screen, what lies beneath the bandages. By 2022 the two mummies will be back in Leiden. 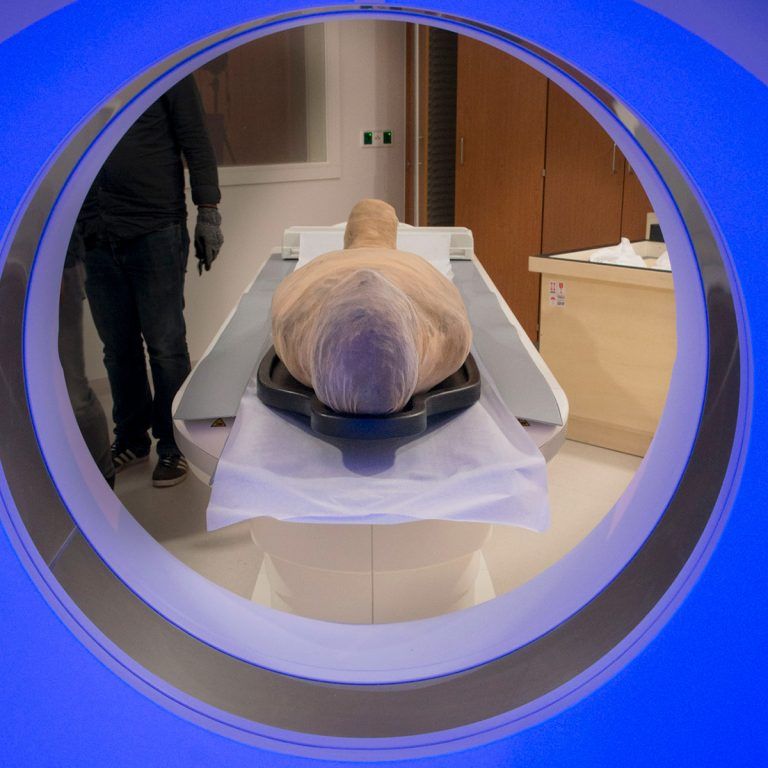 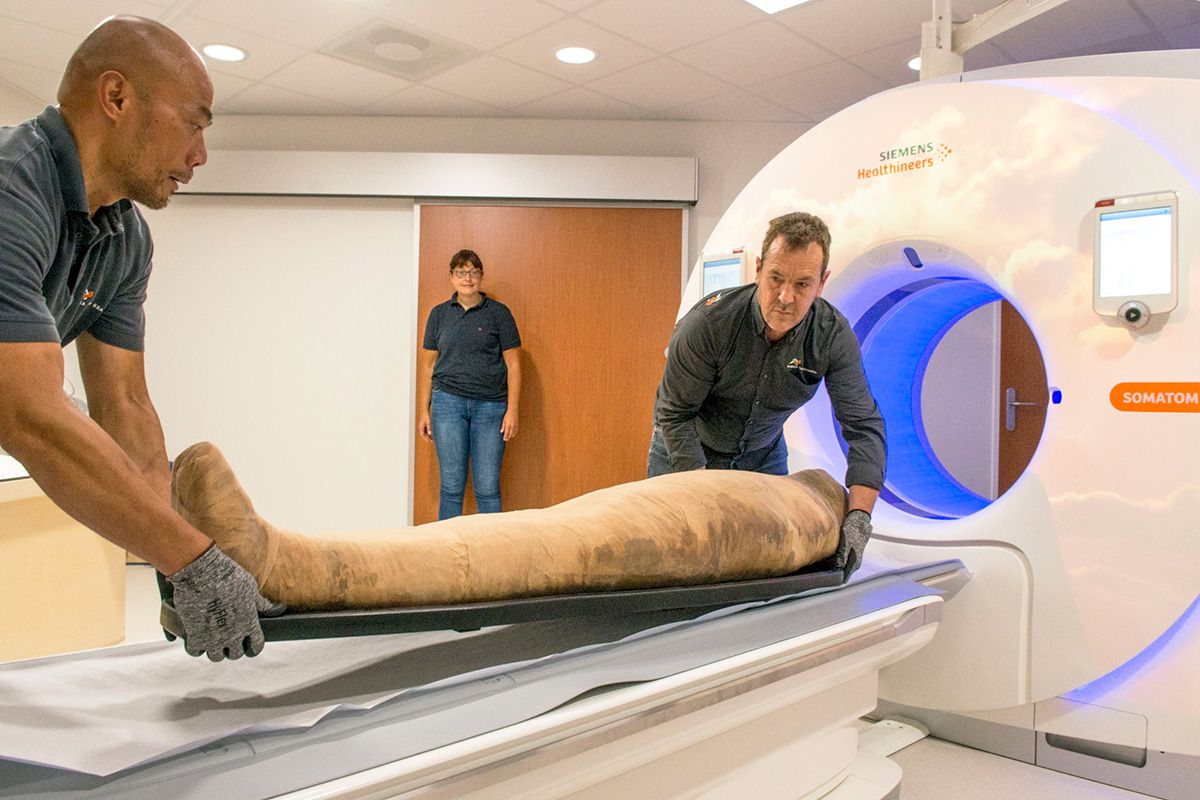