A new look at Julius Caesar

The world-renowned general Julius Caesar may have been rather less heroic than we imagine, in terms of physique as well as military victories. A ‘new’ face of Julius Caesar is currently on show in the permanent exhibition The Netherlands in Roman Times.

A new look at Julius Caesar

The world-renowned general Julius Caesar may have been rather less heroic than is generally assumed, in terms of physique as well as military victories. Caesar was almost bald and had a deformed skull caused by difficulties during his birth. As for military campaigns, it was in the Low Countries that he suffered his greatest defeat: possibly near the Dutch city of Maastricht, according to new research suggesting that he fought a large part of the Gallic Wars in the northern region of Gaul. These findings emerged from the research conducted by the archaeologist and author Tom Buijtendorp on Caesar’s activities in the Low Countries, in response to the mounting pile of evidence for his presence here. Buijtendorp recently published his findings in the book Caesar in de Lage Landen (‘Caesar in the Low Countries’). He used his conclusions about Caesar’s face, along with one of the oldest portraits of the general, in the collection of the National Museum of Antiquities in Leiden, as the basis for his reconstruction of a new, alternative face. This reconstruction is currently on show in the museum.

The face of Julius Caesar

In June 2018, a new, lifelike reconstruction of the general’s face was presented at the National Museum of Antiquities. In it, the asymmetrical shape of the skull and the receding hairline differ significantly from the traditional images. According to Buijtendorp, Caesar’s head displays clear signs of a difficult birth – a new fact in Caesar’s biography. The specific skull abnormality enabled Buijtendorp to identify the ‘Tusculum Bust’ (Museo Archeologico, Turin) as the most authentic portrait of Caesar, which differs markedly from the posthumous marble busts that are most commonly displayed and resembles his image on contemporary coins. The archaeologist and physical anthropologist Maja d’Hollosy was then asked to make an alternative, more lifelike ‘Caesar of the Low Countries’, so to speak, based on one of the Caesar portraits from the collection in Leiden. She relied on sources such as the Tusculum Bust and the coin portrait to add the missing features. Buijtendorp’s research also contained evidence of hair as well as skin and eye colour. The result is a mix of the three sources, with the museum bust as the main basis.

Given the lack of completely reliable sources, a major aim was to bring Caesar to life rather than creating the ultimate Caesar bust. According to Buijtendorp, this reconstruction reminds us that the traditional image of Caesar is unrealistic, but also highlights the remaining uncertainties about details such as the eyes: ‘Though the new version likewise does not represent an absolute truth, the new Leiden Caesar does provide a more credible alternative to the existing picture, rejecting the symmetrical image with its full head of air that we are used to seeing.’ The reconstruction was made possible by a financial grant from the Dutch province of South Holland.

Much work lies ahead

Buijtendorp emphasises that his research is only the beginning. ‘Given the growing fund of clues suggesting Caesar’s presence in the Low Countries, plenty of work remains to be done. The research presented here will hopefully serve as a basis for further studies to test a range of hypotheses, as much remains uncertain.’ 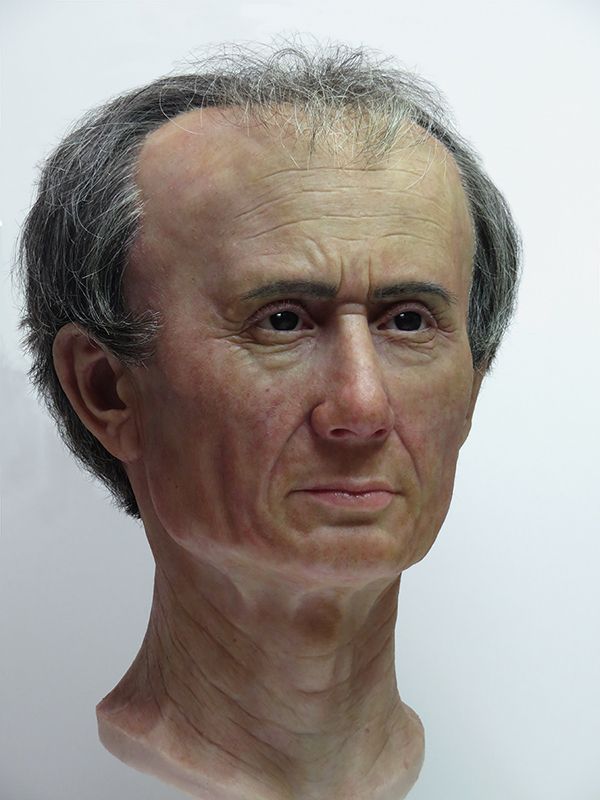