Live restoration in the museum

Until mid-January 2021, visitors can follow the restoration of the Roman Simpelveld sarcophagus live in the museum. They can watch from a distance and also ask the conservators questions. The large-scale research and restoration of the almost 2.5-metre-long stone coffin will take place in one of the galleries of the permanent exhibition ‘The Netherlands in Roman times’.

The conservators work on weekdays in a specially built space on the second floor of the museum building. This requires their dedication, attention and concentration. For visitor questions there is therefore an info hour between 14.00 and 15.00.

What exactly does the restoration entail?

The sarcophagus was broken into fragments when it was excavated in 1930, in the village of Simpelveld in the province of Limburg. Since then, it has undergone restoration several times. The filling materials, adhesive residues and restorations are now in need of replacement. The sarcophagus is therefore being completely dismantled and reassembled. In addition, the conservators will examine it for any remaining paint and/or pigment residues. They will use X-rays, which will hopefully reveal whether the lump of iron on the bottom of the coffin is indeed a rusted knife, as has always been assumed.

The sarcophagus was found ninety years ago in the Limburg village of Simpelveld. The sculptural work in the interior makes it a unique relic of Roman times. The owner of the tomb is depicted along the sides, surrounded by her belongings in the luxurious rooms of her villa. Remains of her cremation as well as items of jewellery and perfume bottles were found in the coffin. It probably contained more grave goods initially, but a hole in one of its side panels suggests that grave robbers plundered it at some point in the past.

Research into the bone material in 2016 revealed that the Simpelveld lady was aged between 35 and 50 when she died. She lived a good life, without hard labour. The small Roman burial ground where the coffin was excavated was located next to a villa complex. Between 1937 and 1947, the Dutch National Museum of Antiquities found the remains of two buildings there during further excavations. One of those buildings is probably the villa where this lady lived. The restoration of the sarcophagus provides a good occasion to re-examine the grave goods and to further investigate the relationship with the two nearby graves.

This research project, conducted in full sight of museum visitors, has been made possible by the support of the Rembrandt Association and the Turing Foundation, as part of the series The power of our Dutch collections. 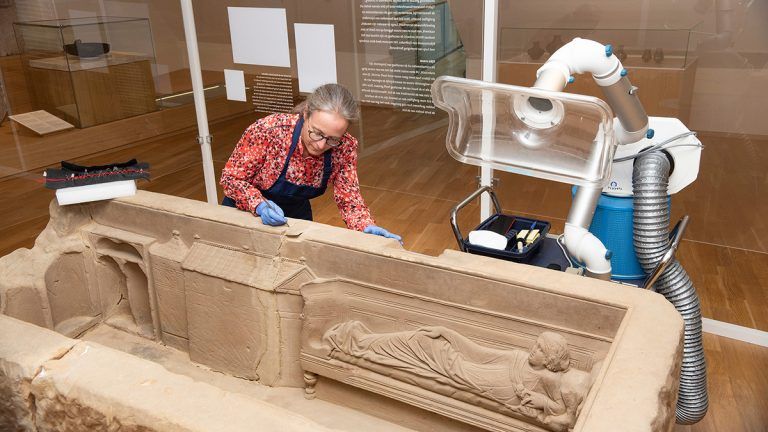 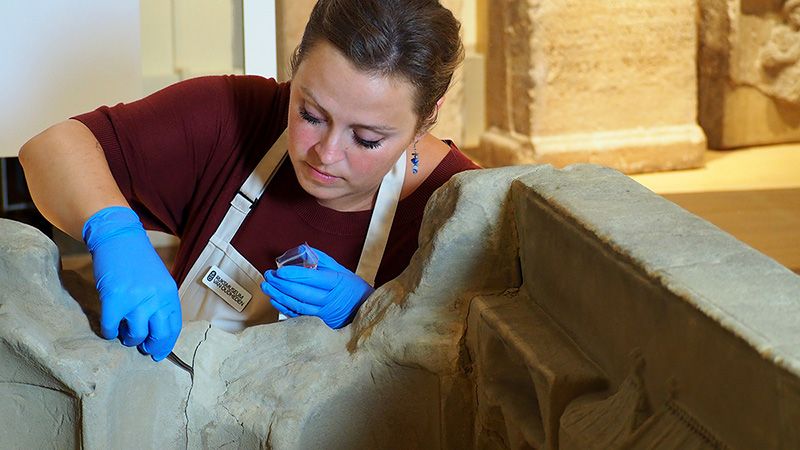