The papyrus roll of Qenna

Magical spells for the afterlife

The ‘Book of the Dead’ of Qenna is an Egyptian papyrus roll of more than seventeen meters long and over three thousand years old. It is full of magic spells, images of gods and symbols. In this exhibition for young and old, the colourful manuscript can be seen as a single continuous whole. This is the first time since its purchase in 1835. It is the longest papyrus in the museum’s collection and has been conserved in the past three years.

The ‘Book of the Dead’ was found in the western hills of Luxor. The papyrus lay folded over the mummified body of an Egyptian merchant called Qenna, who had lived around 1300-1275 BC. Animations and projections in the exhibition bring the colourful images and magical spells to life. The exhibition also covers themes such as the tomb of Qenna and how a papyrus was made. Special attention is paid to the large-scale conservation project that was recently completed, and the results of the research into the materiality that preceded it.

Seventeen meters can be seen in its entirety

Caspar Reuvens, the first director of the Rijksmuseum van Oudheden, bought the 17-metre-long Book of the Dead at auction in London in 1835. Soon afterwards, the papyrus was cut into 38 manageable sheets – a common practice in those days. In the past, only a few sheets were usually exhibited, while the rest was in the museum depot. This exhibition offers a unique opportunity to see this special Book of the Dead in its entirety.

Help for Qenna in the hereafter

Like everyone in ancient Egypt, Qenna hoped that after death he would live an immortal life with the gods in the hereafter. For that reason, his body was mummified and a papyrus roll containing forty magical spells was placed in his tomb. The spells were meant to help him endure trials in the underworld, protect him against monsters, and transform him into a powerful immortal being. In the exhibition, you follow Qenna in this metamorphosis. He introduces you to the stories, spells, gods and symbols. Thanks to the papyrus, for example, he knows the names of all the monstrous overseers and gatekeepers he will encounter. Qenna will only be allowed to pass safely if he utters the right names. 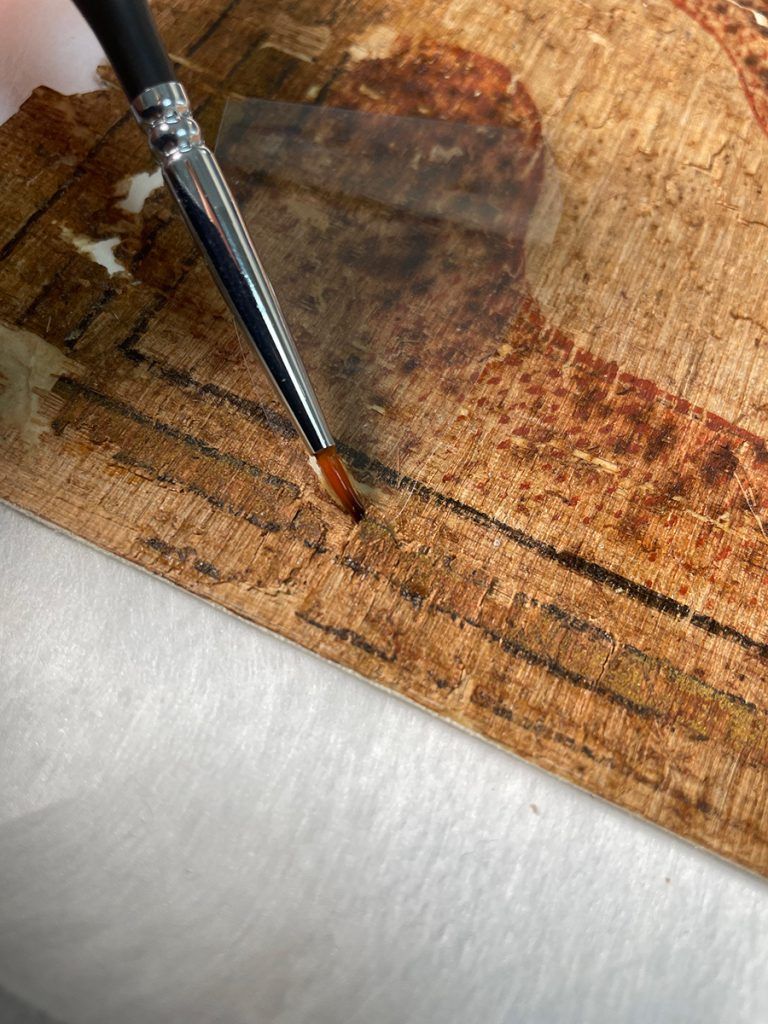 Conservation of the papyrus 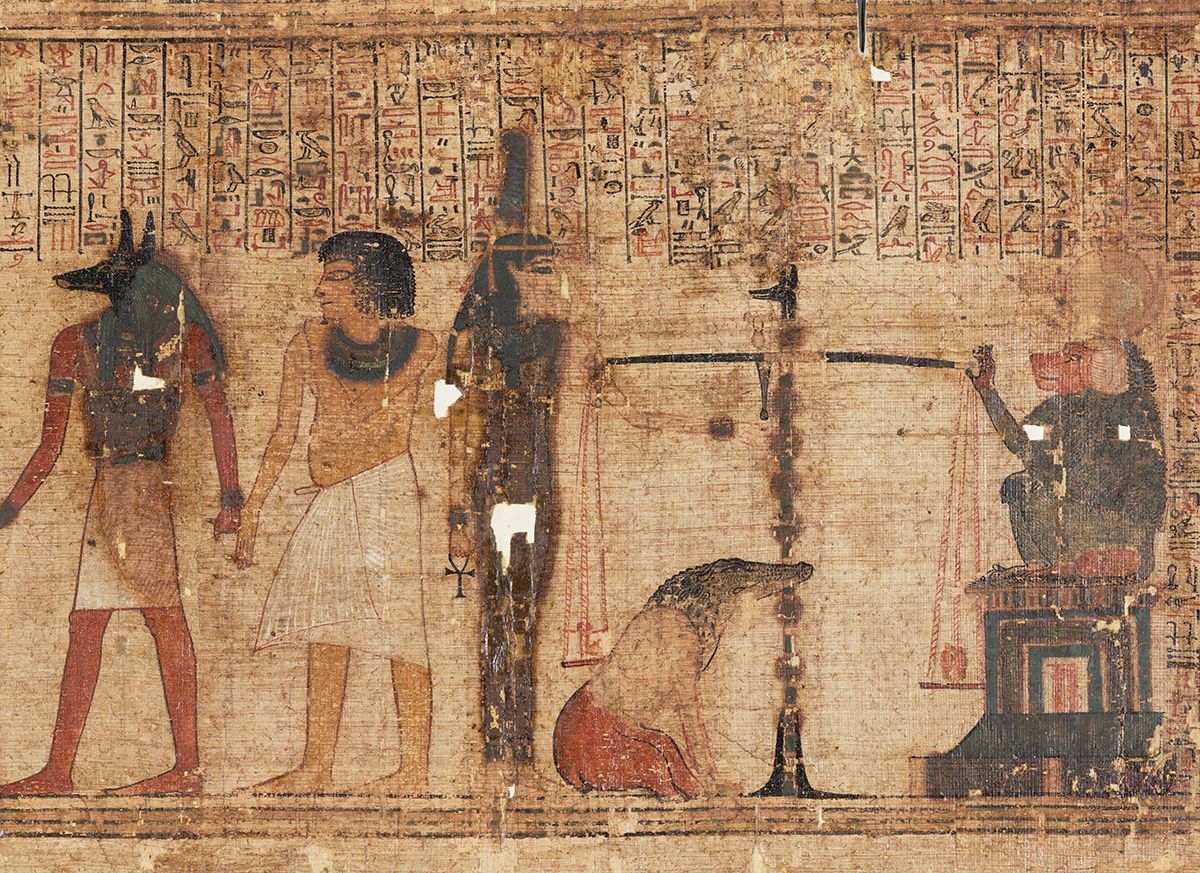 Sheet 8 of the Book of the Dead of Qenna

Although the papyrus sheets were repaired several times in the past two hundred years, the glue and layers of paper from older restorations were themselves causing damage. During a large-scale conservation project (2018-2022), as much as possible of the older repair material was removed. New additions were kept to a minimum, so that as much of the original papyrus as possible could be displayed. All of the sheets were examined in detail by a team of conservators, curators, scientists and photographers. This was necessary to establish the condition of the papyrus and all of the old restorations, and to find out more about how the Book of the Dead was made.

The research and the conservation of the papyrus were made possible by support from the Rembrandt Association (thanks to the association’s Van der Klaauw Fund). The Rijksmuseum van Oudheden is supported by the Vriendenloterij. 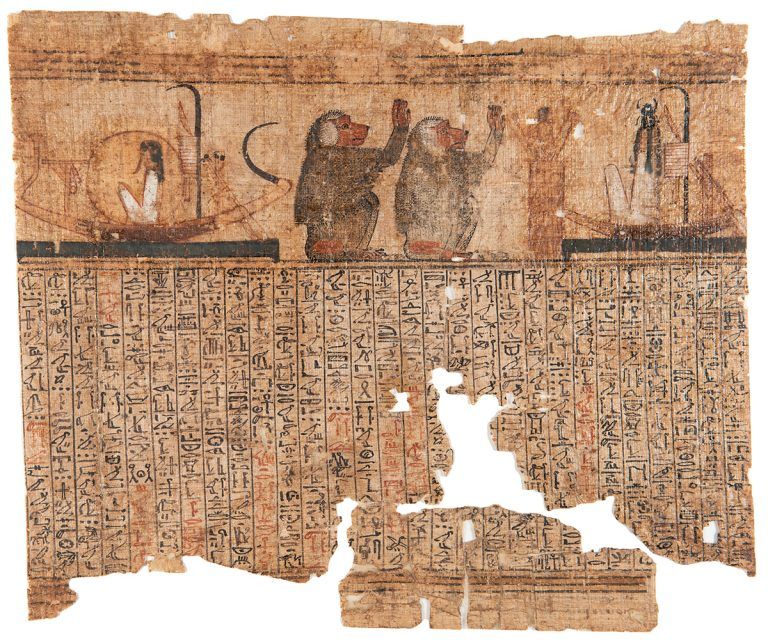 Sheet 16 of the Book of the Dead of Qenna 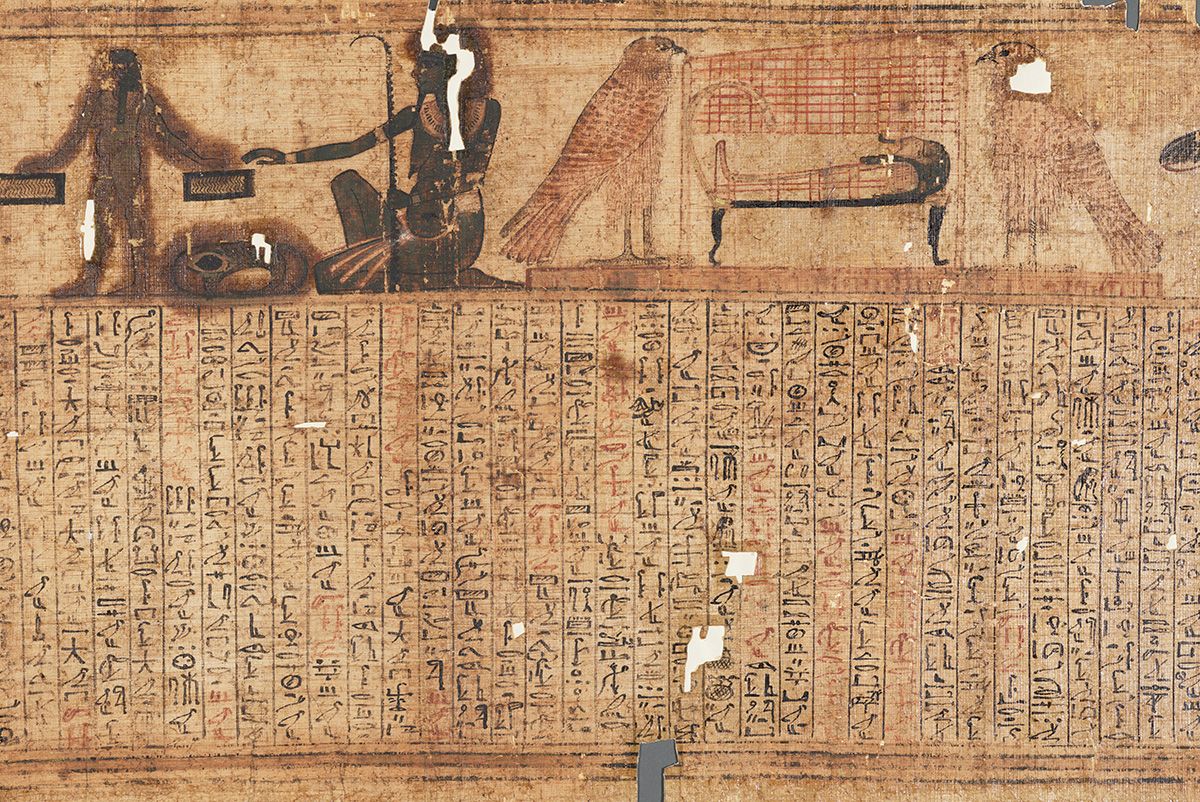 Sheet 11 of the Book of the Dead of Qenna