Rock carvings in the Pakistani Himalayas

In this small exhibition you will see a selection of nine photos taken from the Karakorum Rescue Project 2021 in the Pakistani Himalayas. In collaboration with the local population, countless petroglyphs on granite stones and rock faces were documented, which were left behind since 300 BC. by all kinds of traders, pilgrims and caravans.

Trade crossroads from 300 BC.

The Karakorum mountains of the Pakistani Himalayas functioned as crucial crossroads for trade between the Indian Subcontinent and ancient China. Along the banks of the river Indus and through the mountain valleys, these routes were used by a diversity of merchants, pilgrims and caravans since before 300 BC. More than a hundred thousand rock carvings on large granite boulders offer tangible evidence of these trade activities: these carvings display a variety of imagery, including human figures, wild animals, Buddhist figures and richly decorated stupa sanctuaries, as well as inscriptions in Brahmi and Kharosthi script.

Rock carvings are an integral part of the mountain landscape, but this also makes them vulnerable. Erosion has often occurred, but their existence has especially been threatened by human impact. For this reason, the Karakorum Rescue Project 2021 was created in close connection with the local population of the region and coordinated by Abdul Ghani Khan and Marike van Aerde. The fieldwork was aimed not only at documenting the carvings, but also at preventing future destructions, especially of the carvings with Buddhist motifs. A team of Pakistani researchers, in collaboration with archaeologists from Leiden, organized workshops in the town of Chilas to provide education about the historical value of the rock carvings. Subsequently, local citizens helped out with the fieldwork. 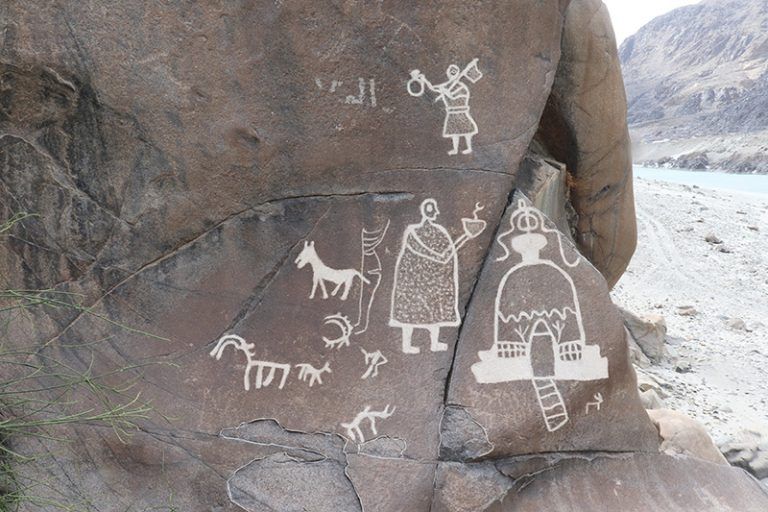 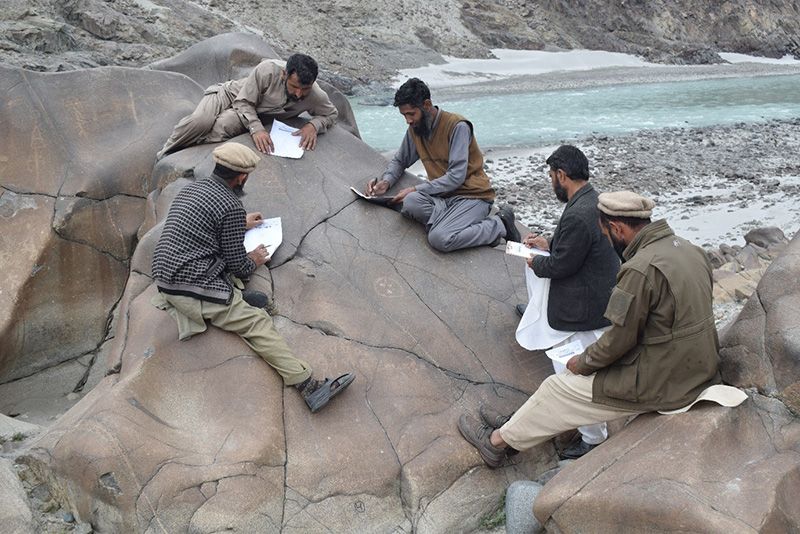