Return Trip to the Past

The museum will be temporarily closed until 14 January 2022, due to current corona measures

Return Trip to the Past takes you on a journey that leads right across the history of the Netherlands. The exhibition shows how archaeology and the railways have been entwined for over 180 years: from excavations of prehistoric objects discovered beside the Betuwe Line to superb mediaeval finds recovered from the city canals of Delft. You will see unique pieces such as a Carolingian sword dating from c. AD 800, a mediaeval knight’s gauntlet, and the oldest telescope in the Netherlands.

Archaeological finds along the railway lines

Archaeological research has been a standard part of construction activities in front of and beside the railway tracks for 25 years. This anniversary provides a good opportunity to show the results to the public. In the course of projects both large and small, many archaeological objects, remains and traces of the past have come to light. Besides a selection of finds from this recent period, the present exhibition also includes objects that were found much earlier, during construction work around the railway tracks in the 19th and 20th centuries.

Objects from prehistoric times, the Roman era, and the Middle Ages

Construction work and excavations along the tracks have turned up a miscellaneous collection of remarkable objects. In Return Trip to the Past you will see some beautiful examples, such as a bronze jug from a Roman grave near Nijmegen, a decorated prehistoric axe made from a deer’s antler, a large iron sword from the Carolingian era, a telescope from the early 17th century that is older than the first one made by Christiaan Huygens, and a 14th-century knight’s gauntlet made of leather and iron.

Archaeological finds were discovered incidentally during railway construction work as far back as the mid-19th century. In the first half of the 20th century, the science of archaeology made rapid advances. The first systematic excavations were carried out in conjunction with railway projects, culminating at the end of the 20th century in official guidelines for archaeological research. As a result, ProRail has protected much of the Dutch cultural heritage and encouraged archaeology as a science. The objects have ended up in the collections of various regional depots and museums, including that of the Dutch National Museum of Antiquities.

Return Trip to the Past was produced in partnership with ProRail, the company that has managed the Dutch railway network for over 25 years. ProRail is responsible for allocating space on the tracks, regulating rail services, managing train stations, and the construction and maintenance of the tracks. 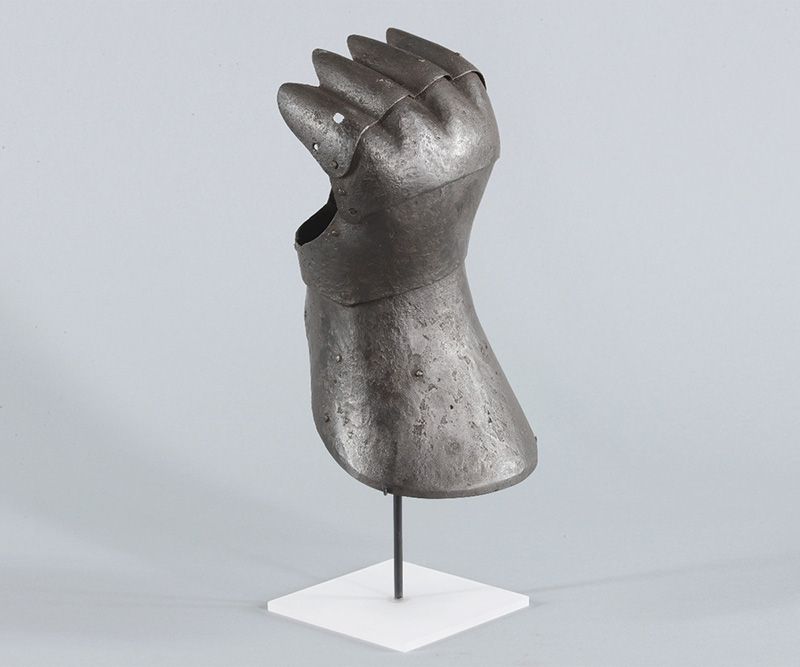 Knight’s gauntlet from the 14th century, probably lost by its owner during the siege of Delft.