Small-scale exhibition with books and prints

Books and archival documents from the Dutch National Museum of Antiquities

Imagining Egypt presents a collection of remarkable scientific publications, novels, drawings, photographs and other archival documents. They come from the large Egypt collection of the academic library of the Dutch National Museum of Antiquities (RMO). Visitors will see a selection of almost fifty books, prints, watercolours, picture postcards and a number of archival documents, such as a 19th-century catalogue and a photograph album from 1906. Some of the books and archival documents are rich sources of information, while others provide fictional stories about ancient Egypt.

The remit of the Dutch National Museum of Antiquities is not confined to managing archaeological objects. Not long after the museum was founded in 1818, it set about building up its own archives and a scholarly library. It was a period in which Egypt enjoyed enormous popularity, as a result of Napoleon’s Egyptian campaign.

The museum’s collecting policy was geared towards Greek, Roman, and other European authors rather than Arab scholars. That explains why Imagining Egypt does not include any writings by major Arab authors such as the 13th-century scholar Abd al-Latif al-Baghdadi, who studied the great pyramids of Gizeh.

Coptic codex from the 6th century

One of the highlights of this exhibition is a Coptic codex from the 6th century: a compilation of texts about Christ and the saints, including magic spells used to make protective amulets. It is one of the oldest known codices that has survived entirely in its original state. The leather binding, the decoration with parchment, and the binding of the papyrus pages are original. The codex is currently being restored and is expected to be placed on display at some point during November. In the meantime, the exhibition includes a display case in the gallery with photographs, descriptions and explanatory texts about the restoration.

Painters of the 17th and 19th centuries

The travel journal of the painter Cornelis de Bruyn is one of the oldest Dutch Egypt books in the RMO library. He visited the country at the end of the 17th century. Also on view are original watercolours by another Dutch painter, Willem de Famars Testas, made in Egypt from 1858 to 1860. This artist joined Emille Prisse d’Avennes’s expedition to document temples and tombs.

Precursors to the comic strip

The humorous books about ancient Egypt that the illustrator and writer Carl Seyppel produced at the end of the 19th century are unusual. They are seen as precursors of the modern comic strip. The books were deliberately treated to make them look antique, as if they had been dug up from the desert sands. They were printed on cardboard with pieces of textile made to resemble mummy wrappings. One of the books tells the story of a quest for an Egyptian royal treasure. But the joke lies just beneath the surface: the characters in the ‘ancient’ story drink Moselle wine.

The books and prints in Imagining Egypt give an impression of how ancient Egypt was viewed from a European – and more specifically a Dutch – perspective. They are the products of a certain time and environment, and thus provide a perfect illustration of the fact that knowledge is never completely objective.

The archivist Mariëlle Bulsink is in charge of the library. She is assisted by a team of dedicated volunteers. Please contact the RMO in advance if you wish to book a visit to the library.
Opening hours: Tuesday to Friday, 12 to 4 pm. (currently closed, due to corona measures) 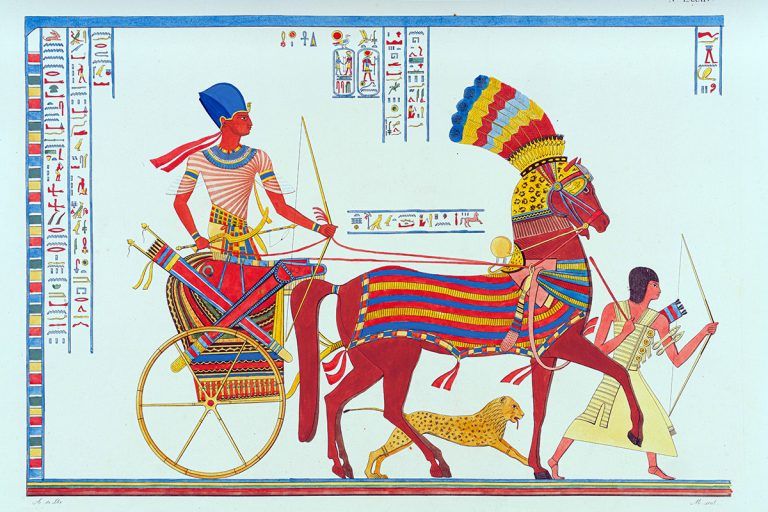 Drawing by I. Rossellini of a relief from the temple of Abu Simbel, with King Ramses II in a chariot (1844) 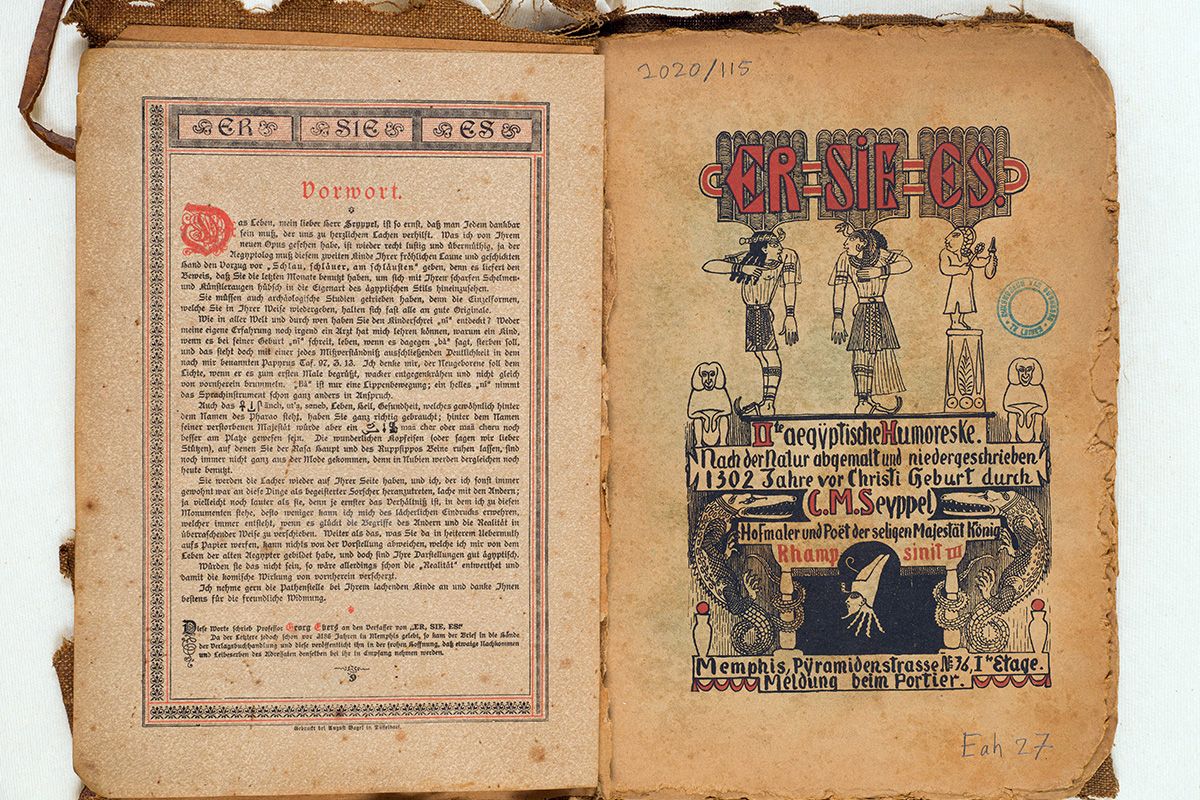 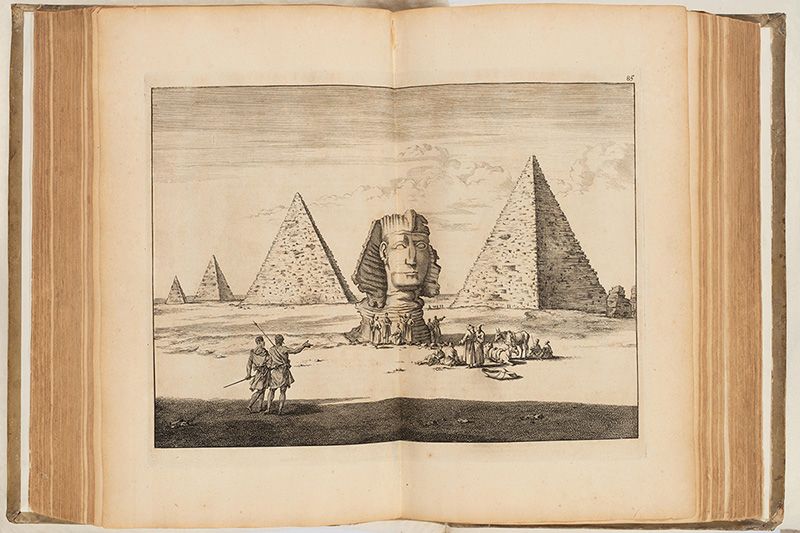 Drawing of the great pyramids of Giza, from the travelogue of Cornelis de Bruyn, published in 1698