Family exhibition about a million years of history

Lost World in the North Sea

The museum will be temporarily closed until 20 April 2021, due to current corona measures.
Book your visit

The Doggerland exhibition takes you on an unprecedented trip through time of a million years. It is a journey for young and old to a lost prehistoric world in the North Sea: Doggerland. You will learn about the prehistoric inhabitants of this special region, and how they survived in a landscape and climate that was constantly changing.

The story begins in the time of the ice ages, when Doggerland was a vast grassy steppe. Over the past million years, the bottom of the North Sea floor was mostly dry land. Mammoths, woolly rhinoceroses, giant deer, Neanderthals, and the first modern humans lived there, in a vast and rich landscape known as Doggerland. That prehistoric world was submerged beneath the rising seawater some 8000 years ago.

Collectors, amateurs, and researchers comb the North Sea beaches in all weathers, in search of finds from Doggerland. Flint, bone and antler tools can be found, as well as fossils such as petrified hyena droppings and mammoth molars, along the surf, in fishing nets and in underwater excavations. More than two hundred of the most beautiful and fascinating Doggerland discoveries are now on display side by side in this exhibition.

You will see flint, bone and antler tools, such as impressive hand axes (the Swiss army knives of the Neanderthals) and fossil remains of prehistoric animals who lived there. One highlight is the reconstruction of ‘Krijn’, the first Neanderthal of the Netherlands, who lived in Doggerland some 50,000 years ago. You will also see the ‘Neanderthal knife’ with a birch tar handle that was all over the Dutch news last year.

After the last ice age, between 11,000 to 7000 years ago, the inhabitants of Doggerland were faced with enormous changes in climate, as we are now. The sea level rose, and after a huge tsunami, Doggerland was ultimately swallowed up by the waves. You will also find objects from this period in the exhibition, such as axes and tools made of flint, bone and antler. The remarkable finds include arrowheads made of human bone, decorated animal bones, and jewellery, such as amber beads and boar tusk pendants. The lost world of Doggerland is the largest archaeological site in Europe. 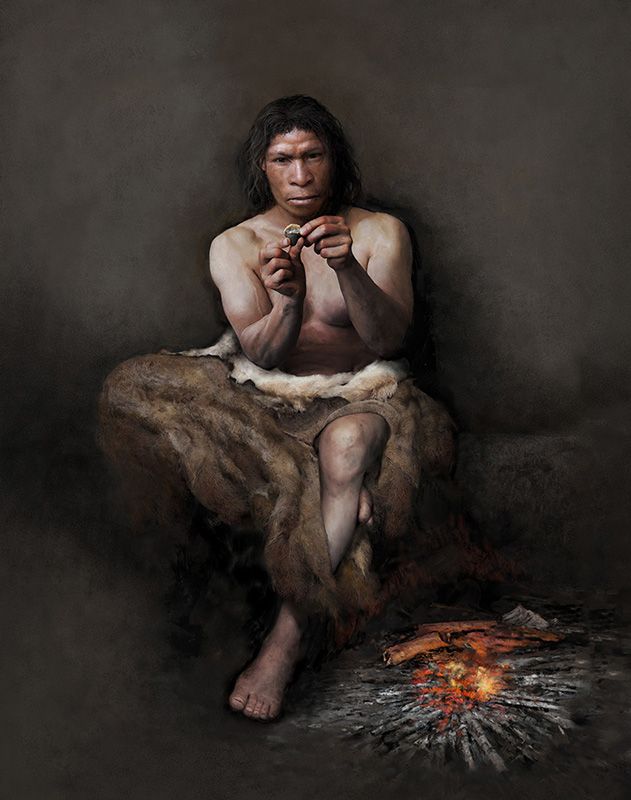 Afterwards, the exhibition will tour to several other museums along the Dutch coast.

The Rijksmuseum van Oudheden is supported by the Dutch BankGiro Lottery.

The exhibition is part of a wide-ranging project for research and public education relating to Doggerland, supported by the Mondriaan Fund’s multiyear programme for museums and heritage institutions. It involves close cooperation between Leiden University, Utrecht University, the University of Groningen, TNO-GDN, Deltares, the Cultural Heritage Agency of the Netherlands (RCE), the City of Rotterdam’s Archaeological Service, the Stichting Stone, and the Working Groups for Pleistocene Mammals and for the North Sea Stone Age. 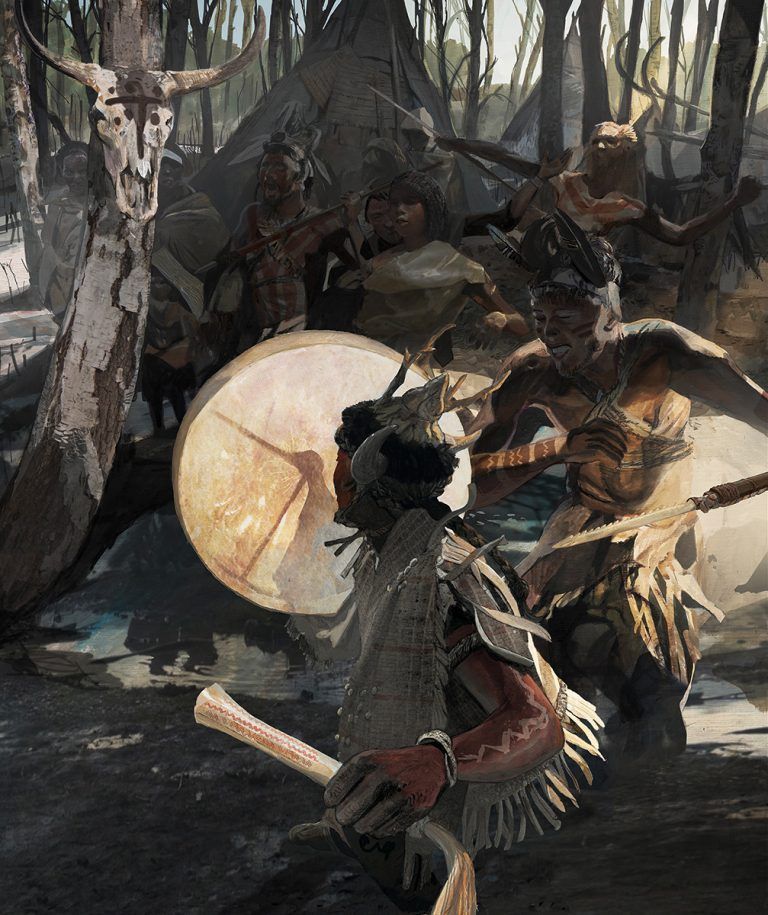 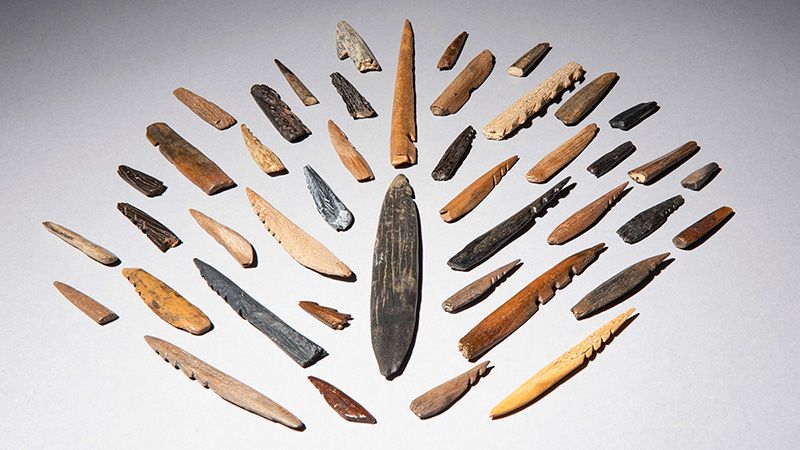 Large and small points (arrowheads and spearheads) made of bone and antler, from various locations. 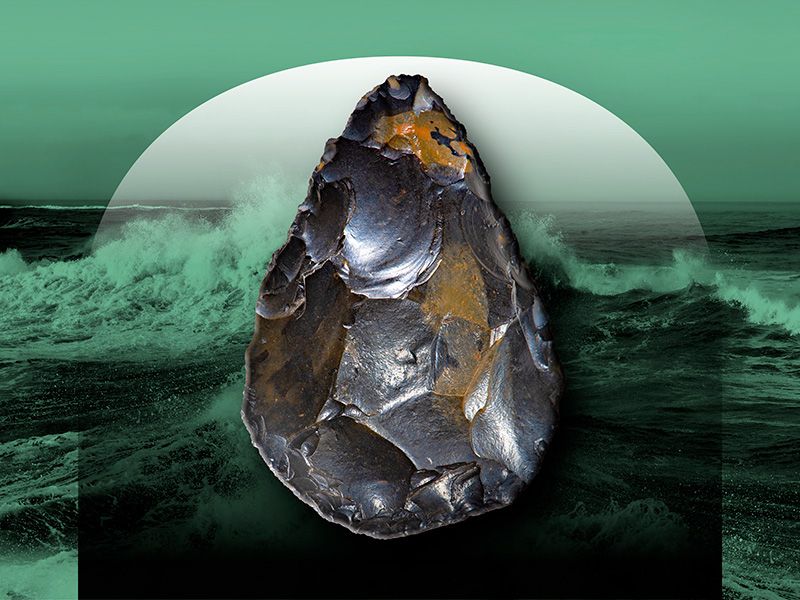