Photos of an archaeological excavation in Cyprus

This small exhibit shows the practice of archaeology – from the exciting process of excavating to the documentation of the finds and building structures on site.

An excavation on Cyprus

The archaeological site of Chlorakas-Palloures, located due north of Paphos, was threatened by tourism development. To prevent the loss of important information on the history of the settlement, excavations were initiated by the Cypriot Department of Antiquities, which commissioned a three-year study from the University of Leiden in 2015. The discoveries are spectacular: hidden just below the surface, architecture and artefacts already uncovered include the earliest known metal axe found in Cyprus and the largest roundhouse of the Late Copper Age. This established Palloures to be of such historic significance that the Cypriot government acquired the site to be preserved as part of their national cultural heritage and invited the University of Leiden to continue its excavations indefinitely.

Farmers, hunters, and fishers on the southern coast of Cyprus

Some 5000 years ago during the Chalcolithic period a community of farmers, hunters, and fishers lived near modern Paphos on the southern coast of Cyprus. They built large, well equipped, roundhouses, and buried some members of their community next to these houses. This was an exciting era in which communities on Cyprus were experimenting with new crafts, developing methods to extract metals and produce metal objects, and starting to engage in long-distance trade networks in the eastern Mediterranean.

The fieldwork was made possible by the support of the Department of Antiquities, Cyprus, the Byvanck Fund in Leiden, and the hard work of students who joined the excavations. Project leader of the excavation is Dr. Bleda Düring (Leiden University). 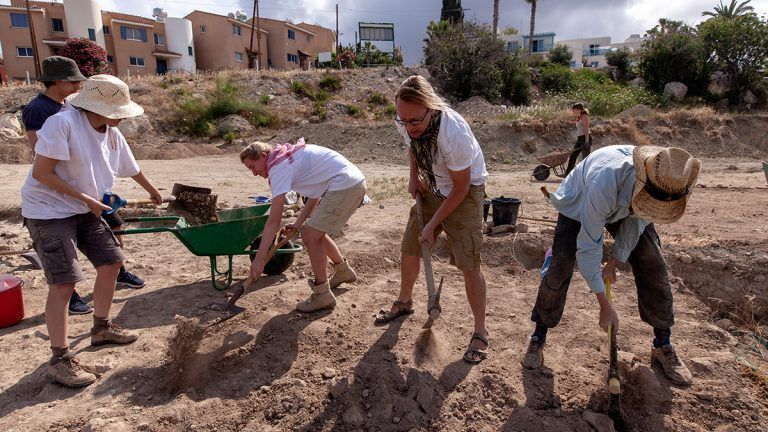 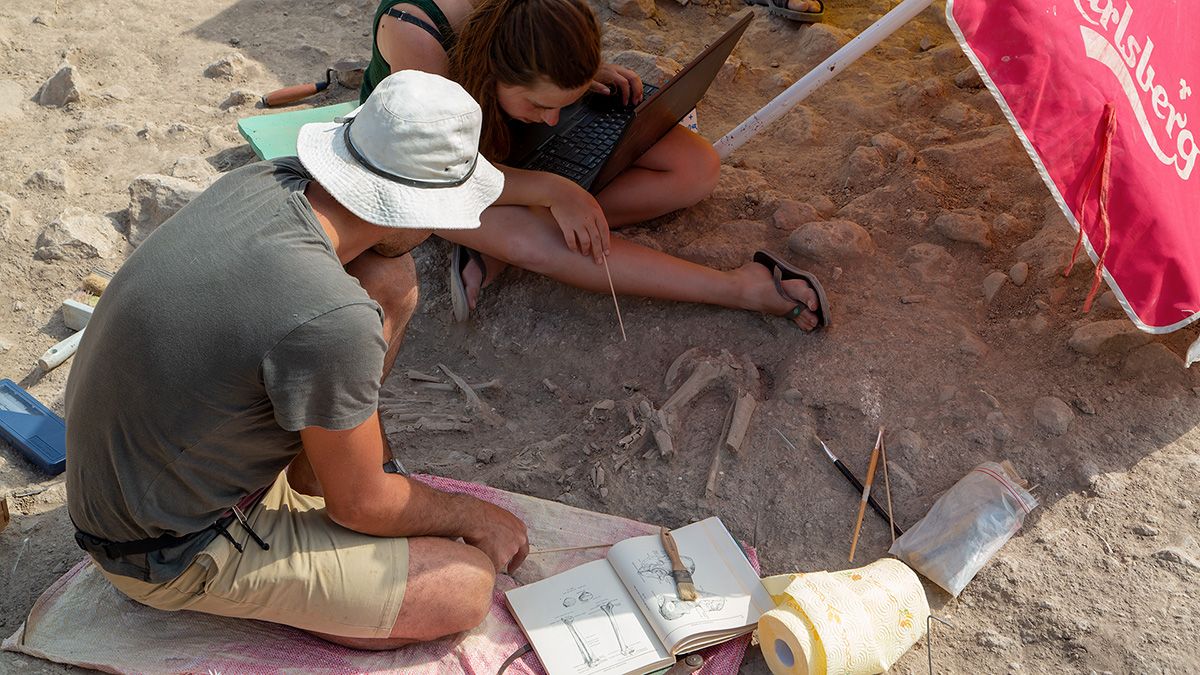