With hundreds of necklaces and beads excavated in the Netherlands

In 5000 years of beads you will see hundreds of bead necklaces and separate beads, the majority of which excavated in the Netherlands. They date from Prehistory until the 17th century. Beads from other countries and periods are on show as well, as are depictions of people wearing or using beads. In this way, the exhibition tells what beads meant to people in the past.

The oldest beads in the exposition come from megalith tombs and are around 5000 years old. From the Roman period, there are jewellery boxes and many greenish-blue melon beads. The largest number of beads date from the Early Middle Ages, between 500 and 900 AD: multi-coloured necklaces of imported beads from the Middle East, the Mediterranean and Scandinavia.

Beads from the Later Middle Ages

From the later Middle Ages, prayer beads are on show, many from Bois-le-Duc, together with a manuscript from the University Libraries of the Free University of Amsterdam dated 1520, in which coral rosaries are depicted. A large group of waste from bead production in Amsterdam shows the fabrication of huge amounts of beads in glassworks from 1600 onwards. The youngest archaeological beads in the exhibition are from the 19th century; these were often acquired under the assumption that they were Roman.

From the Egyptian, Middle-Eastern and Classical collections of the Rijksmuseum van Oudheden, beautiful beads can be seen as well, accompanied by a 4000 year old statue of a Mesopotamian prince wearing them. Three personal necklaces can be encountered with their story and visitors can add their own bead stories to the exhibition. Ingenious, often wearable artworks made from thousands of small beads by artist Floor Kaspers can be admired, including her still growing ‘Covid Timeline’. 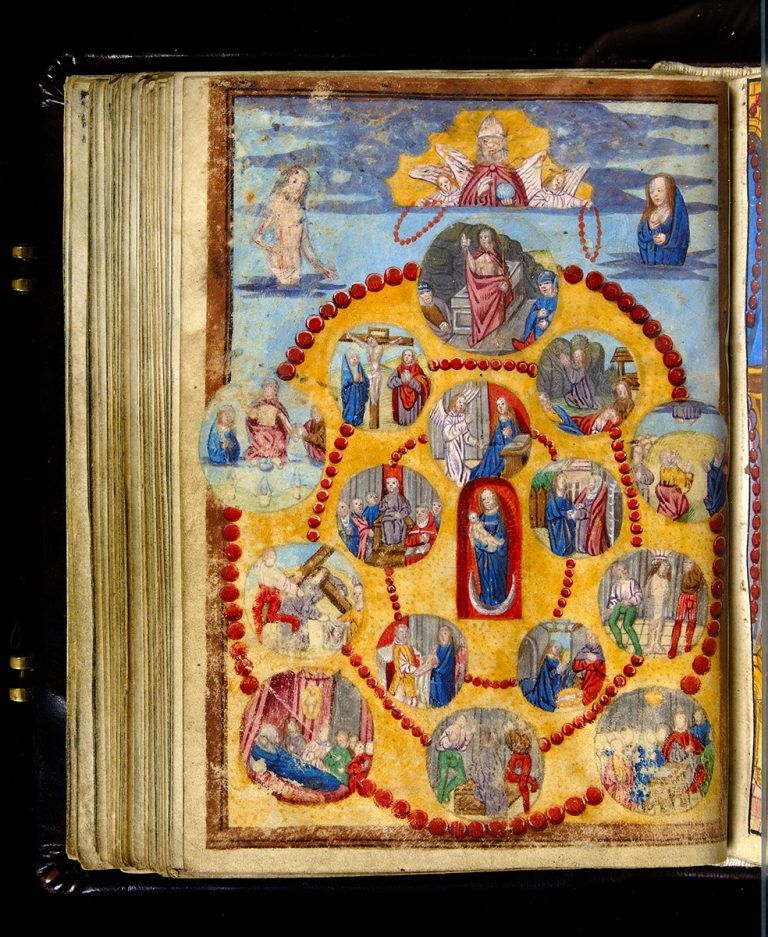 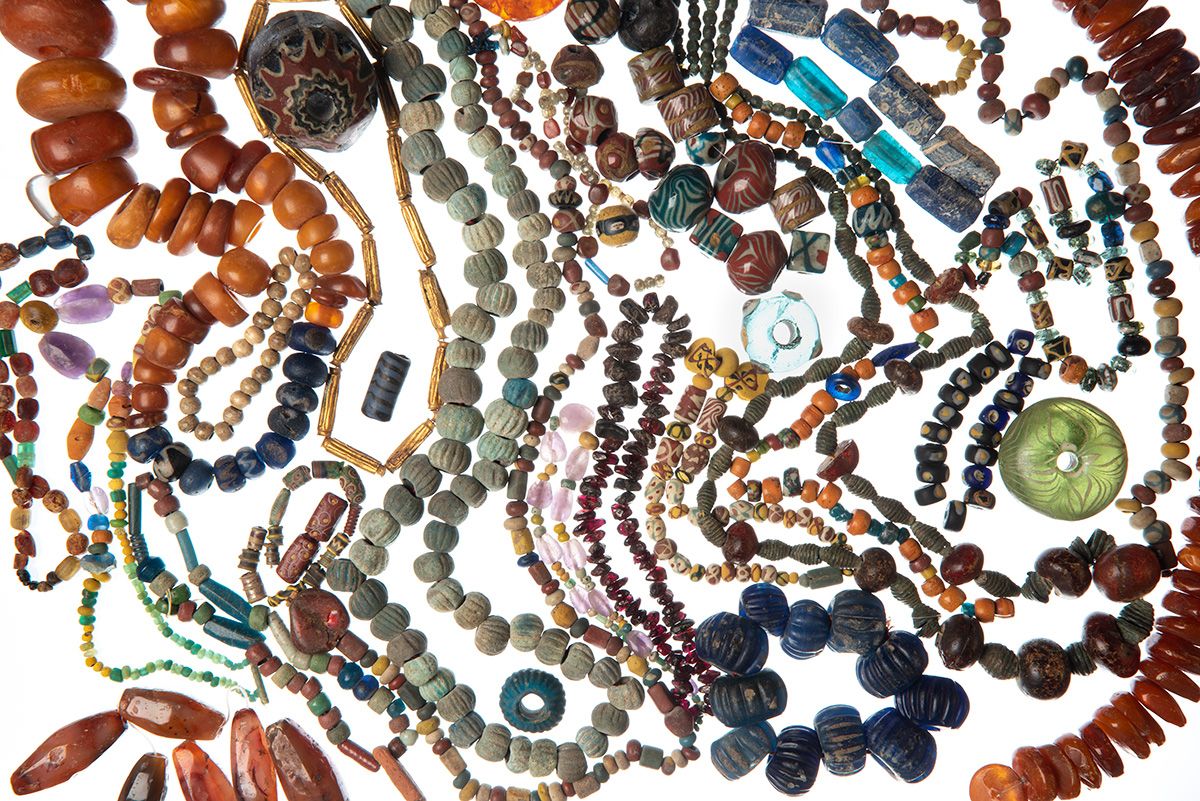 Beads from different times and corners of the world

Beads spark the imagination. They are attractive and personal due to their colours, materials, patterns and associations. You wear them on your body, where you can feel them and others can see them. Beads are valuable and moveable, travellers and souvenirs at the same time.

Beads are the most universal jewellery of mankind. They are present on all continents and throughout all of history. Basically, beads have three functions: for decoration, protection and memory. This exhibition has been compiled around beads excavated in the Netherlands, from prehistory until the 17th century, with the Early Middle Ages as heyday.

Most beads were once placed with a deceased in a grave. Sometimes, strings of beads have been put together from various types of beads and build up a kind of biography. Many of the beads found in the Netherlands were produced in the Middle East or the Mediterranean area, and they mirror worldwide networks. Excavated beads, combined with depictions and written sources give an image of who wore what, when and why.