The Netherlands in Roman Times 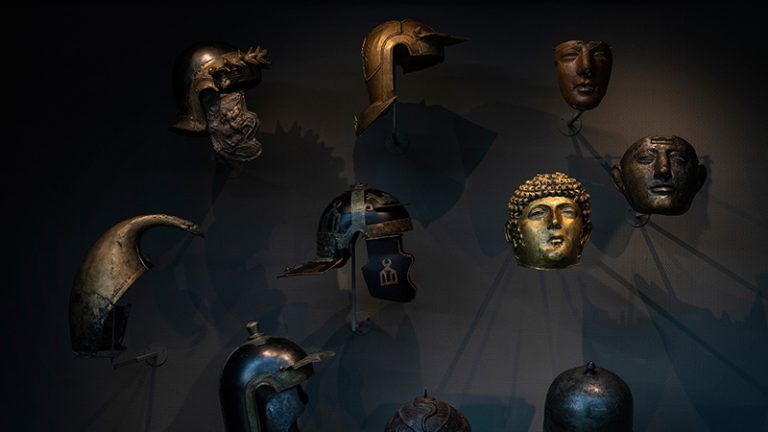 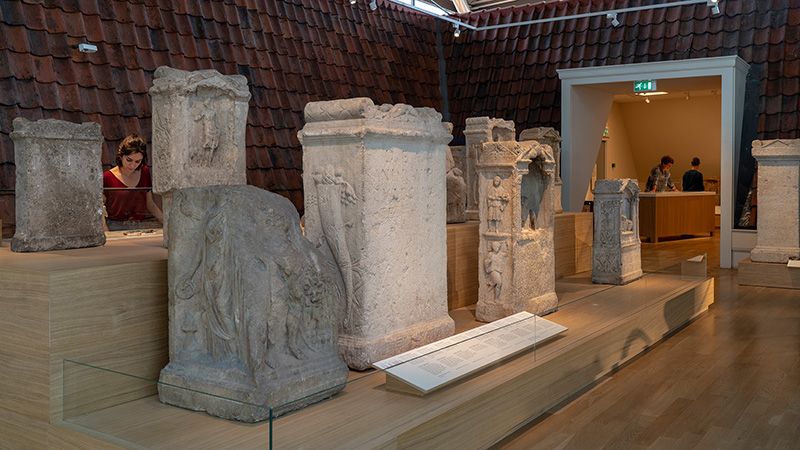 More than 450 objects on view

In the permanent exhibition The Netherlands in Roman Times, the spotlight is on the Low Countries in the first four centuries of the Common Era. You will see more than 450 objects relating to stories about fortresses, villages, commerce, armed conflict, religion, and rituals. Besides the Romans, Canninefates, Batavians and Frisians also played an important role in these stories. Displayed in the newly refurbished rooms alongside the familiar highlights of our collection are a number of new objects: a Roman helmet from Leiden, a dagger from Alphen aan den Rijn, and altars for the goddess Nehalennia from Zeeland.

One area of what is now the Netherlands was part of the vast Roman Empire from the beginning of the Common Era. Its northern boundary (the Limes) ran straight across what is now the Netherlands and followed the basin of the River Rhine. The Roman army laid out a road along the Limes, and fortified it with citadels and watchtowers. A varied collection of arms demonstrates the superior weaponry of the Roman legions and their auxiliary troops. General Julius Caesar bids you welcome, in the form of a marble portrait bust and his ‘new face’ that was recently reconstructed.

The Romans introduced new gods into the Low Countries. The local population continued to worship their own gods and goddesses alongside these newcomers, but by then they were speaking and writing the Romans’ language. It was in that language – Latin – that they first recorded the names of their gods in writing, on altars for instance. Numerous examples of such inscriptions can be found, dedications to local goddesses such as Viradecdis, Sandraudiga, and Exomna. Particular attention is paid to the goddess Nehalennia and the altars dedicated to her by seamen and merchants in temples along the coast of Zeeland.

Roman coins illustrate the introduction of the Roman monetary system. Together with the large roads, bridges and canals, these coins provided the driving force behind the territory’s flourishing trade and transport with other parts of the enormous Roman Empire. Luxury goods such as terra sigillata and bronze figurines were now widely available.

North of the Limes

Finds such as a figurine of Minerva in a Frisian terp and a helmet on the island of Texel show that contacts with the Romans also existed in the region north of the Limes. Fragments of murals, water pipes, hypocaust tiles (a form of underfloor heating: layers of tiles separated by a space in which hot air from the furnace circulated), and windowpanes show some of the innovations introduced by the Romans.

The rituals surrounding death and burial also display a mix of Roman customs and local traditions. Impressive stone tombs and reliefs were new to the Low Countries. The highlight here is the sarcophagus that was found in Simpelveld, Limburg, the interior of which is decorated with unique images representing the interior of a Roman villa. 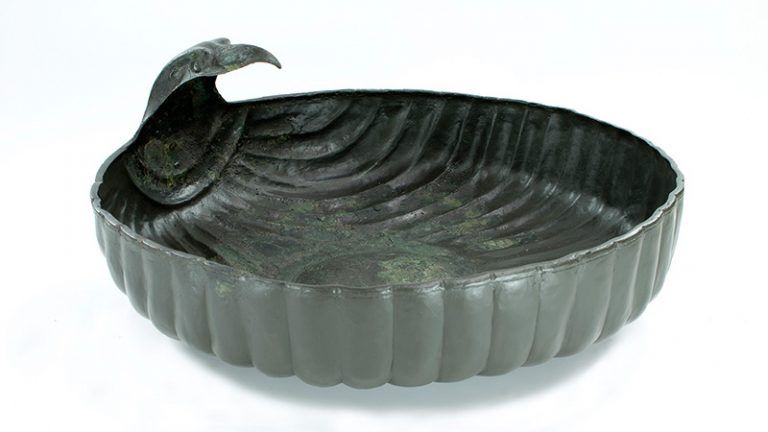 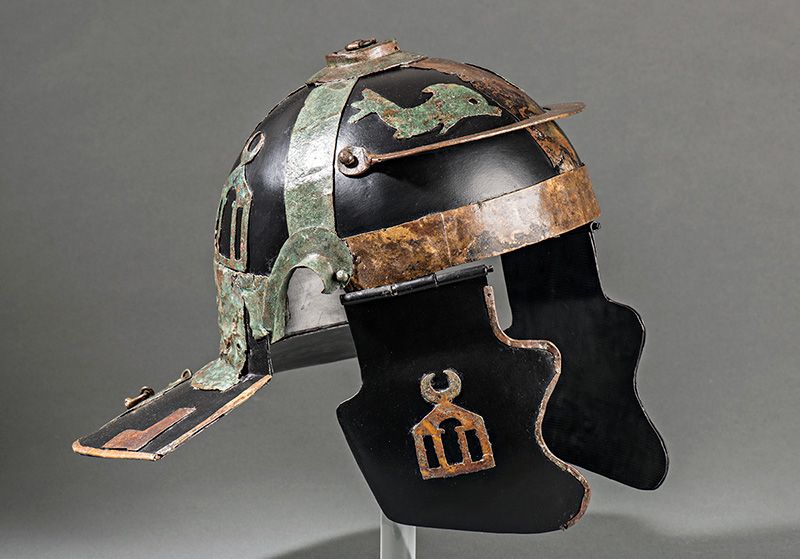