The Dutch and the ancient Near East 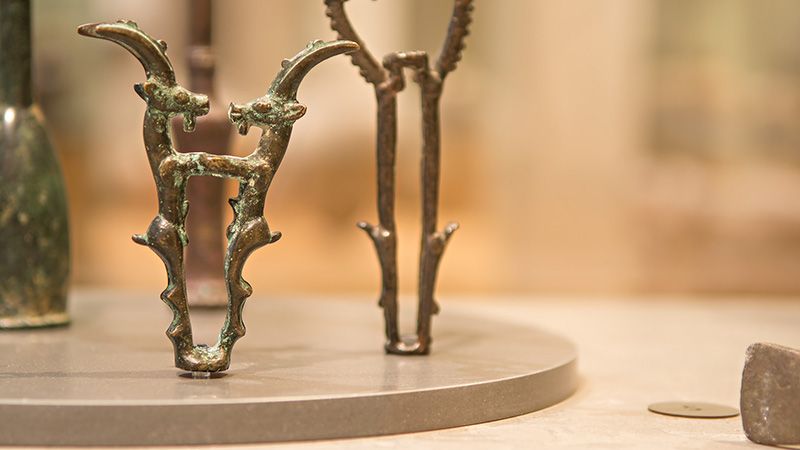 The permanent exhibition The Dutch and the ancient Near East tells the fascinating story of how millennia-old objects found their way into the museum collection. Dutch archaeologists, collectors and scholars played a crucial role in this process. In the nineteenth and twentieth centuries, their travels often turned into true adventures.

Tales of a unique collection

Treasures from a mountain temple in Syria, gold earrings from Persia, and stone reliefs with portraits of famous kings: the exhibition focuses on the intriguing archaeological facts about these objects, the stories of their travels, and their connections with Dutch scholars down the centuries. You will learn the favourite sport of the kings of Mesopotamia, as well as finding out why 1929 was a landmark year for the Near East collection and who was the first Dutchman to carry out archaeological excavations in Babylon.

The Dutch and the Near East

The Dutch have had ties with the Near East for centuries. Frisian and Dutch crusaders travelled to Jerusalem eight hundred years ago. In later times, explorers returned with tales of fascinating ruins, and during the Dutch Golden Age, many cabinets of curiosities were filled with Oriental objects. For two hundred years, Dutch archaeologists and scholars have been going to the Near East to learn more about the region’s influential civilisations, now lost in the mists of time. You will see some of their spectacular discoveries in these galleries.

The National Museum of Antiquities has amassed a large collection of Near Eastern artefacts since it was established in 1818. Archaeologists define the Near East as extending from present-day Turkey to the Arabian Peninsula and from Lebanon to Afghanistan. The 18,000-odd objects in the collection span a period of over 13,000 years. As a crossroads of cultural exchange, the Near East is a crucial link between Ancient Egypt and Graeco-Roman civilisation. This means that it is also an essential link between the museum’s other collections.