The two-hundred-year history of the National Museum of Antiquities comes to life in a dazzling light show that is projected onto the Egyptian temple in the museum’s central hall. The four-minute spectacle can be seen every day at 11:30, 13:30 and 15:30.

These times may vary in response to specific circumstances.

The light show consists of spectacular images, music, and a spoken narrative with highlights from the 200 years of the museum’s existence. The light show is projected onto the 2,000-year-old Egyptian temple. The spoken story includes a brief account of the temple’s history and its journey to Leiden in the 1970s. The temple itself appears to burst apart in an eruption of brightly-coloured rays of light and then to be rebuilt, one stone at a time. This sequence is followed by images of a series of masterpieces from the collection in superb projections.

The 200th Anniversary of the RMO

This light show was just one of many festive elements with which the National Museum of Antiquities (RMO) celebrated its 200th anniversary in 2018. The activities showed that throughout its long, 200-year-old history, the museum was always ‘a museum for the present day’.

The light show was designed by Mr.Beam Projection Art Studio. Mr.Beam’s designs have been shown worldwide and have received several awards. 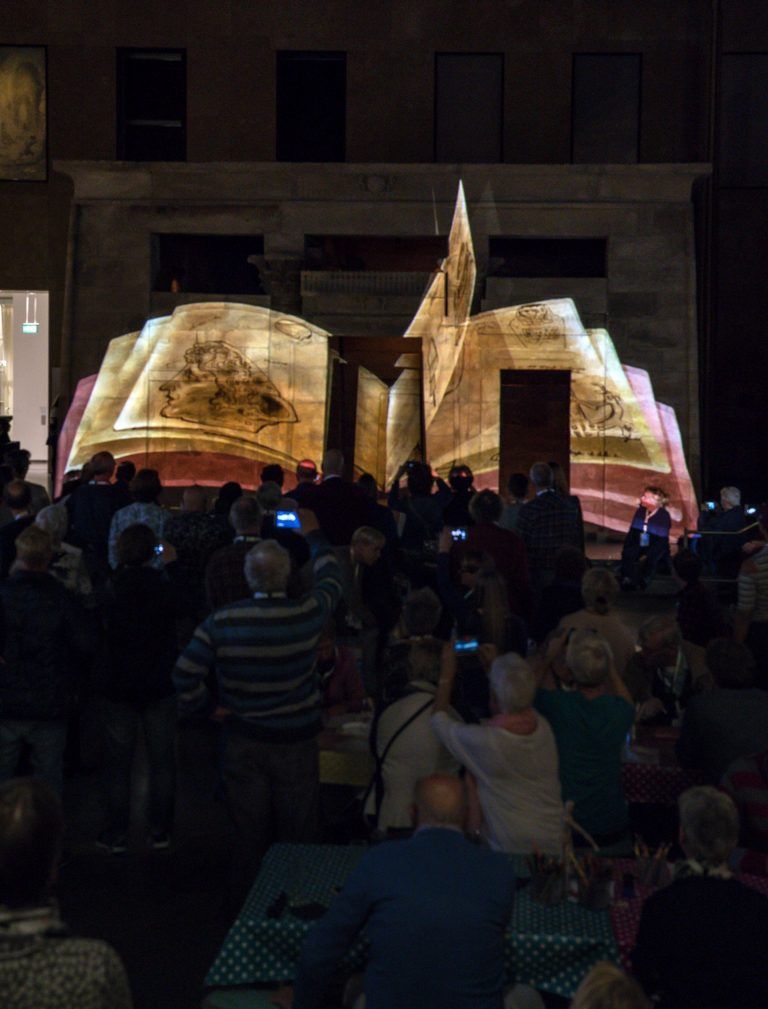 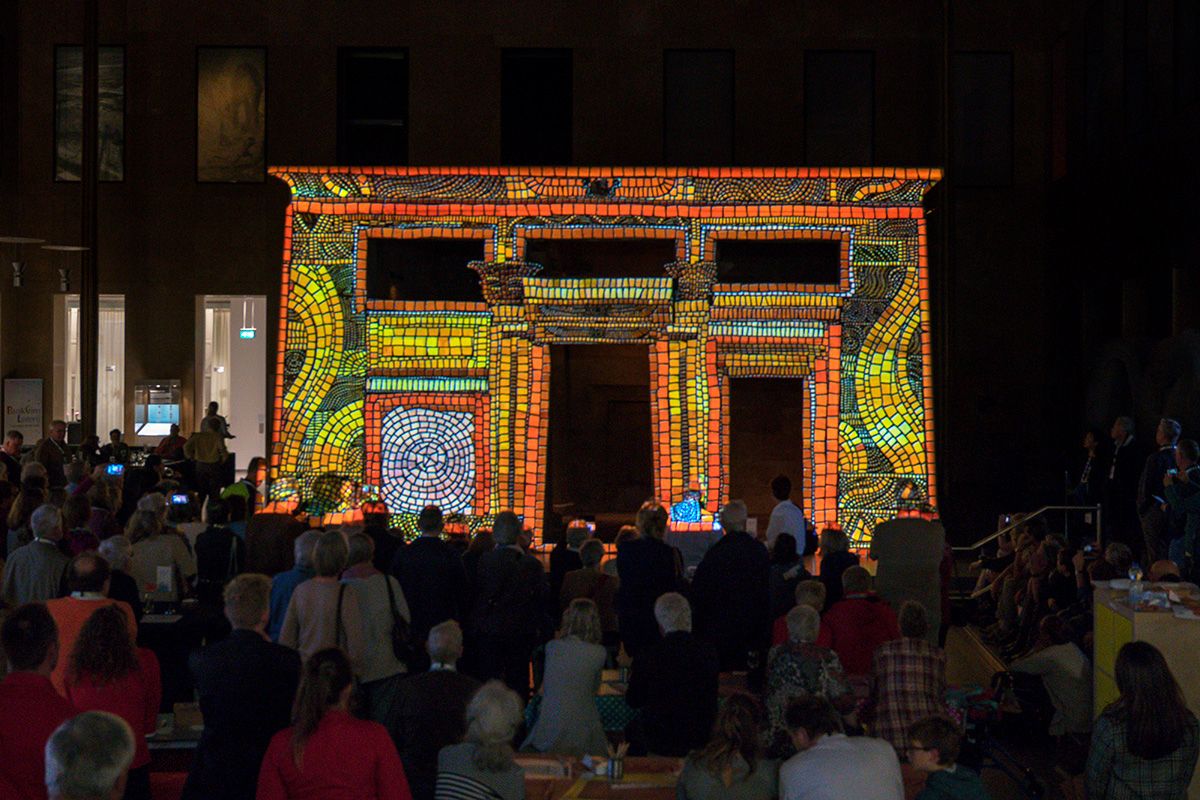 Thanks to the BankGiro Lottery

The light show was made possible by an additional donation of € 522,000 from the BankGiro Lottery in 2017. This donation also enabled us to upgrade the Temple’s entire light and sound system, the ticket counter and the museum shop.