Unique structures from the prehistoric era

This small exhibition of photographs consists of a selection of beautiful images of the megalithic temples of Malta. The structures date from the period 3600-2500 BC, when the descendants of the first inhabitants (who came from Sicily around 5200 BC) built a unique series of temples on the island.

Malta consists of a small archipelago in the Mediterranean Sea, due south of Sicily. The two largest islands are Malta itself and Gozo. In prehistoric times, striking structures were built on these islands: large stone temples that towered over the surrounding land. These megalithic temples [megalith: from the Greek megas = large, lithos = stone] have been designated a World Heritage Site by UNESCO.

The most beautiful Maltese temples

The photos include some of the most beautiful Maltese temples from prehistoric times: Ġgantija, Ħaġar Qim, Mnajdra, Tarxien, Skorba, Ta ’aġrat, Kordin, and the prehistoric underground burial chamber Ħal Saflieni Hypogeum. The iconic ‘Sleeping Lady’ was also found here. Archaeological objects of this type constitute a rich source of information about prehistoric life on the Maltese islands – and also, of course, about these superb megalithic temples.

This exhibition of photographs was produced in partnership with Heritage Malta. 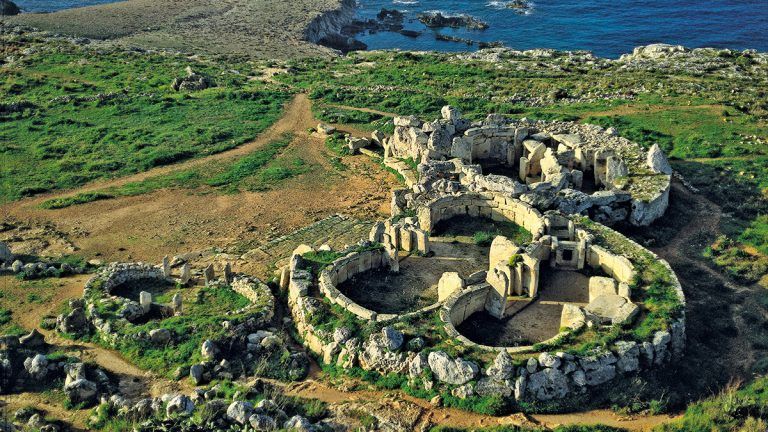 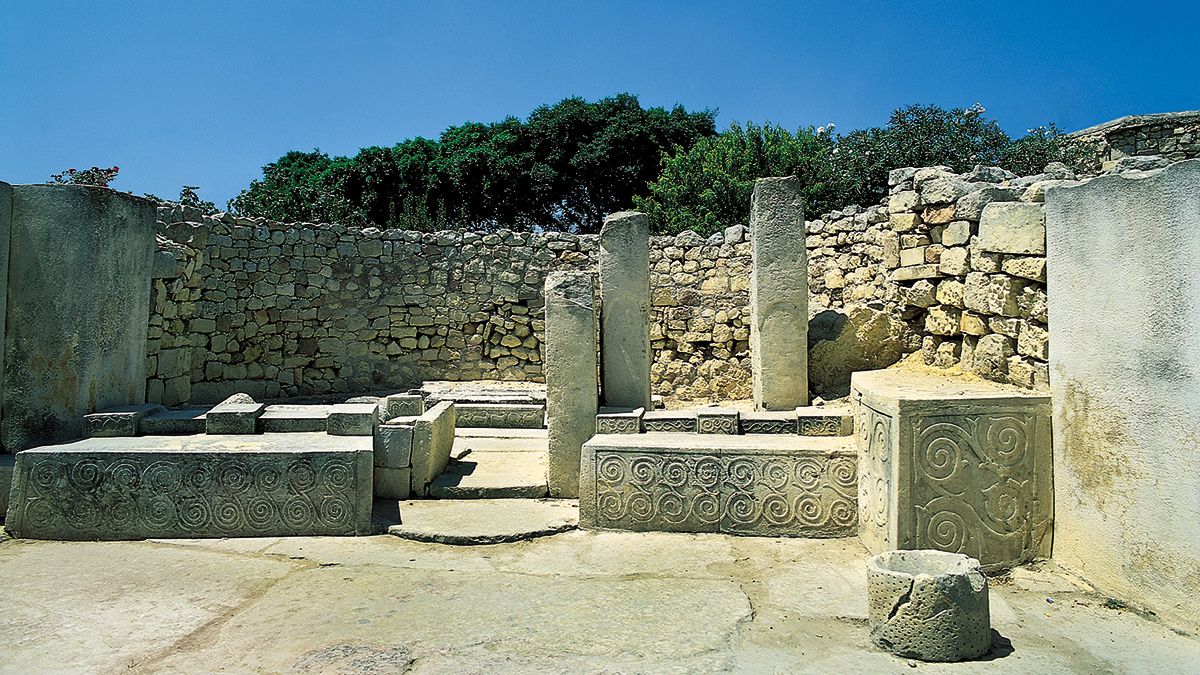 One of the tempels of Tarxien (photo: Daniel Cilia)